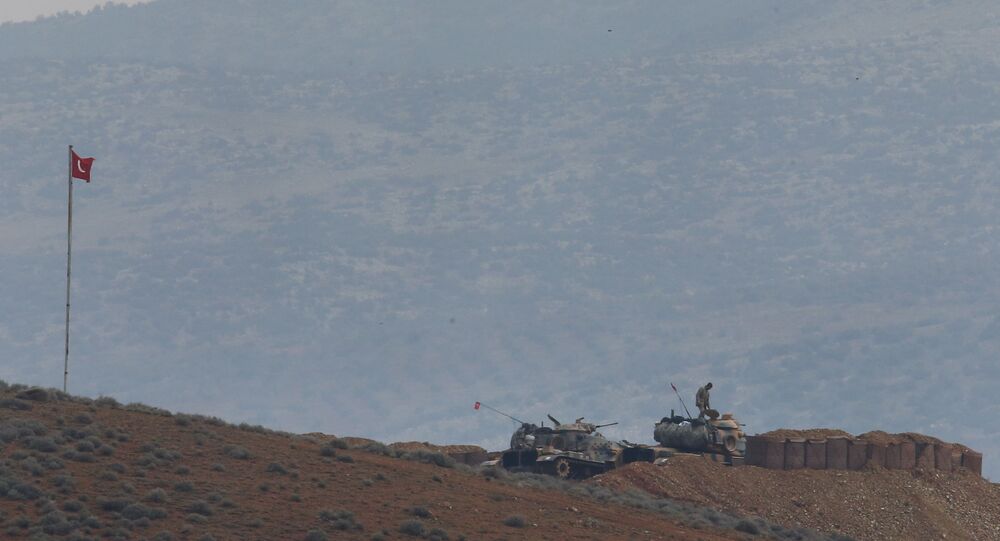 US-Turkish relations have been strained amid Ankara's plans to launch an offensive against Syrian Kurds following Washington's announcement that it would withdraw its troops from the Arab Republic.

Turkish President Recep Tayyip Erdogan has announced that he and US President Donald Trump have reached a "historic understanding" on Syria in their latest telephone conversation. Erdogan, speaking to the country's parliament, said that Trump had reassured him that US troops will be withdrawing from Syria. He also added that Turkey will create a 32-kilometre safe zone, earlier suggested by the US. In addition, Erdogan added that this zone can be expanded.

The Turkish president's spokesman later explained that the security zone in northern Syria will be controlled by Ankara. He added that the Turkish military would coordinate their actions with locals.

According to an earlier explanation by US Secretary of State Mike Pompeo, the zone will act as a buffer between Turkey and Syria that will ensure the safety of America's Kurdish allies and will prevent terrorists from attacking Turkey.

The idea was initially suggested by Trump, who threatened to "devastate" Turkey's economy if Ankara attacks Kurdish forces in Syria that helped the US to fight Daesh*. Ankara has slammed Trump over his threats, demanding the US show respect. Turkey added that it may "remain hungry, without food and water", but will still fight terrorists.

Turkey announced a military operation targeting terrorists and Kurdish forces in Manbij, Syria east of the Euphrates River in the wake of US President Trump declaring the withdrawal of American troops from the Arab Republic in the coming months. Turkish President Recep Tayyip Erdogan later said that the operation would be postponed to avoid friendly fire from US troops.

Turkey believes that some of the Kurdish groups in Syria are affiliated with the Kurdistan Workers' Party (PKK), which is considered a terrorist organisation by Ankara. Turkey has stressed that it is not fighting against Syrian Kurds in general, but only against affiliates of the terrorist PKK, such as Kurdish Democratic Union Party (PYD) and Kurdish People's Protection Units (YPG).