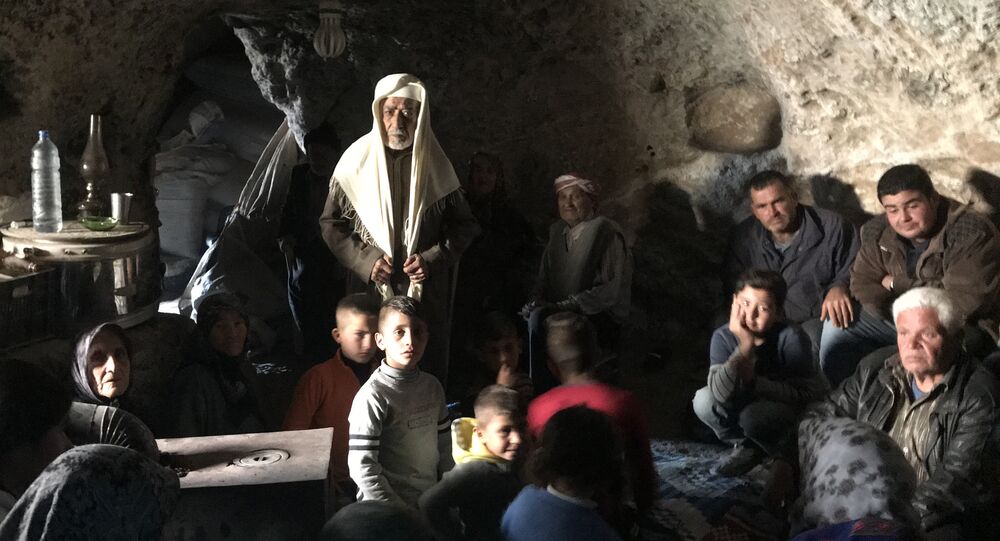 Turkish Foreign Minister Mevlet Cavusoglu earlier addressed the US president’s warning of "economic devastation" should Ankara target US-backed Kurdish forces in Syria, saying ties and collaboration with "terrorists will lead nowhere" and calling the US to showcase respect for his country.

Turkish President Recep Tayyip Erdogan and US President Donald Trump discussed by phone the creation of a security zone in northern Syria "based on the principles of the country's territorial integrity", according to a statement by a Turkish official.

"Our president held phone talks with his American counterpart Donald Trump. They discussed bilateral relations and events in Syria," Erdogan's office said in the statement.

A rift between Ankara and Washington further intensified following Turkish Foreign Minister Mevlut Cavusoglu's announcement last week that Ankara would kickstart a military operation east of the Euphrates River if the US failed to withdraw its troops from the Arab Republic in due course. Separately, he called for the United States and all other countries to shoe due respect for Turkey:

"Cooperation with terrorists will lead nowhere. May we remain hungry, without food and water, but we will do everything that is necessary. The United States and all other countries should show sufficient respect for Turkey", Turkish Foreign Minister Mevlet Cavusoglu pointed out, however assuming that Trump is "under great pressure, so that he doesn't withdraw troops from Syria."

Ibrahim Kalin, Turkish President Recep Tayyip Erdogan's spokesperson also addressed the recent comment by the US president, in which he threatened to "devastate Turkey economically" if Ankara targets Kurdish forces in Syria as well as suggested that "a 20-mile safe zone" be created to resolve the issue.

"It is a fatal mistake to equate Syrian Kurds with the PKK [Kurdistan Workers' Party], which is on the US terrorists list, and its Syria branch PYD [Kurdish Democratic Union Party]/YPG [Kurdish People's Protection Units]. Turkey fights against terrorists, not Kurds. We will protect Kurds and other Syrians against all terrorist threats", Kalin stressed.

In the meantime, Turkey continues to prepare for a military operation east of the Euphrates River in Syria that will start "at the right time for Ankara," as Turkish Defense Minister Hulusi Akar put it late last week. The military op threat was also voiced earlier, in mid-December: after a phone conversation with US President Donald Trump on December 14 Erdogan said that the start of the operation would be postponed, while Trump vowed to withdraw the troops at the time.

READ MORE: Failed Diplomacy: Ex-Officials on Why Bolton's Visit to Turkey Ended in Nothing

Two NATO allies, the US and Turkey, faced a huge stumbling block in their relations over the Kurdish issue, as soon as the US voiced its support for for Kurdish militants, who have been battling Daesh* in Syria. Turkey, meanwhile, considers the YPG to be affiliated with the PKK, which is banned by Ankara as a terrorist organisation, which it believes to have been behind a failed coup attempt in the country in 2016.