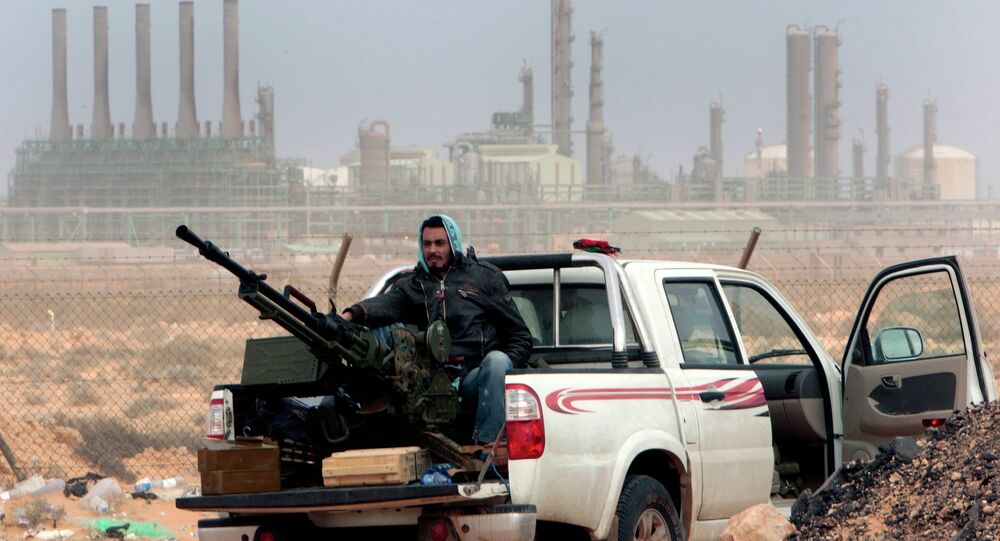 WASHINGTON (Sputnik) - The United States calls for the immediate and unconditional withdrawal of armed elements from the Sharara oil field region in Libya, US State Department Deputy Spokesperson Robert Palladino said in a press release.

"The United States continues to monitor the situation at the Sharara oil field and echoes the UN Support Mission for Libya’s call for the immediate and unconditional withdrawal of armed elements in the area which is crucial to allow oil production for the benefit of all Libyans to resume," Palladino said on Tuesday.

© AP Photo / Christophe Ena
Hillary Clinton's Actions in Libya Helped Cause EU Migrant Crisis She Now Decries - PhD
The US government called on all parties to resolve issues through constructive dialogue and peaceful means in the spirit of compromise, rather than through threats of violence, Palladino said.

Libya’s National Oil Corporation (NOC) has declared force majeure after a group of local protesters "occupied" the country's largest oil field Sharara and forced production to shut down, the company said in a statement on Monday.

According to media reports, the protesters belonging to the Fezzan Anger Movement demand that better living conditions be provided in the country's impoverished southwestern region of Fezzan, where the oil field is situated.

READ MORE: No Single Key Decision on Libya, Syria Made Without Russia