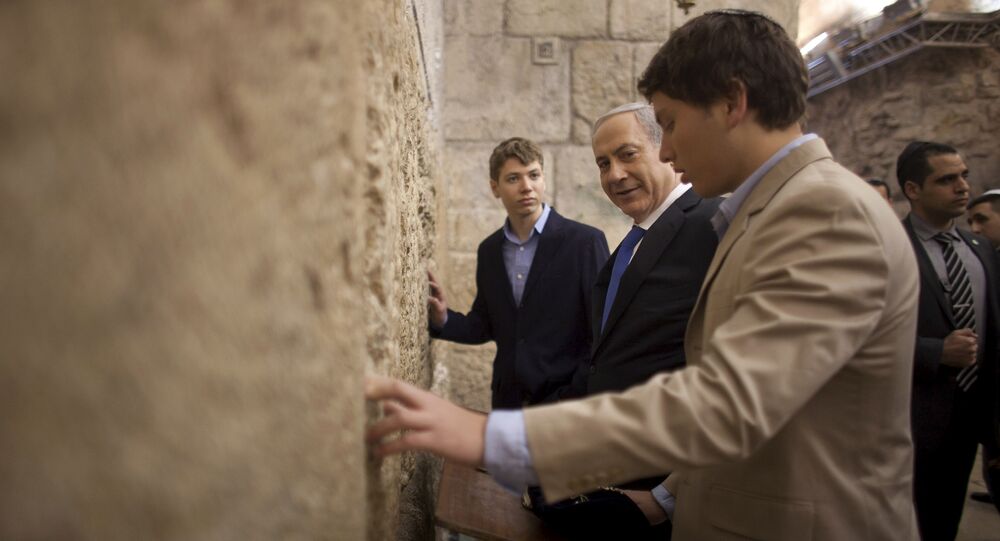 Yair Netanyahu, the key figure in the so-called "Strippergate" fallout, said this week that Muslims should leave Israel so that there is peace in the region and that Iceland and Japan do not suffer from terrorism because there are no Muslims there. He went on to hold his ground, challenging critics standing on the opposite side of the barricades.

Yair Netanyahu, the elder son of Israeli Prime Minister Benjamin Netanyahu, has found himself again at the centre of controversy following a series of debatable remarks about the Jewish-Arab conflict.

"I prefer the second option", he added.

A later post added some deeper analysis. "Do you know where there are no terror attacks?" he said. "In Iceland and Japan. Coincidentally, there is also no Muslim population there".

© AP Photo / Nasser Shiyoukhi
West Bank Unrest: 'Netanyahu Has No One to Share Responsibility With' - Scholar

Netanyahu junior appeared to stand by his words in response to the backlash that followed the first posts. "Why are people who have been calling to evacuate the settlers and establish a Palestinian state free of Jews appalled by this post?" he questioned on Saturday, according to The Jerusalem Post.

This is not the first time Yair Netanyahu's posts have ignited a public debate. In June, reacting to simmering tensions between Tel Aviv and Ankara, he posted "F**k Turkey" to his private Instagram account.

He made international headlines in early January during a "Strippergate" scandal, in which a secret 2015 recording from a strip club tour leaked in the media. The young man was heard on the tape boasting about Prime Minister Netanyahu's efforts to get a hefty gas deal through Knesset, which would benefit an energy tycoon (as well as asking a friend about where to find prostitutes).