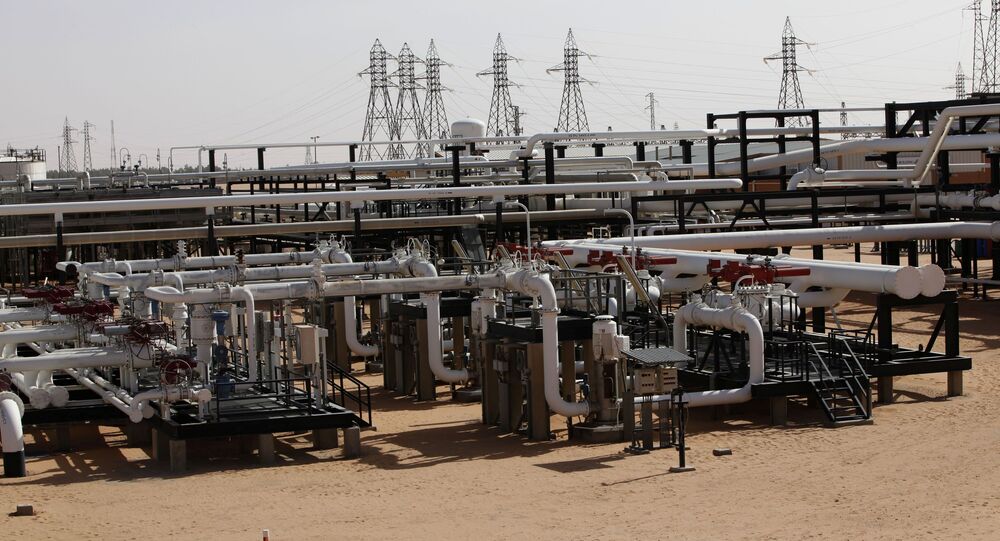 MOSCOW (Sputnik) - The Libyan National Oil Corporation (NOC) has declared force majeure after a group of local protesters "occupied" the country's largest oil field Sharara and forced production to shut down, the company said in a statement on Monday.

"National Oil Corporation (NOC) hereby declares a state of force majeure at the Akakus operated Sharara oil field as of Sunday, December 9, 2018. NOC prioritizes the safety of staff and is currently reviewing evacuation procedures following threats to their wellbeing, and the forced shutdown of the oilfield by the armed militia claiming attachment to the local Petroleum Facilities Guard (PFG)," the statement, published on NOC's official website, said.

The company added that it had no intention of negotiating with the protesters, whom NOC accuses of "occupation," violence against the oil field's employees, robbery and other crimes, and demanded that the group leaves Sharara immediately without any preconditions.

"I want to be clear, this militia has to leave the field immediately. We stand wholeheartedly with the people of the south and understand their concerns. At NOC we are doing all we can to improve the living conditions of the residents. Their legitimate demands and grievances however have been used by criminals who are only in pursuit of self-interest," NOC Chairman Mustafa Sanalla was quoted as saying in the statement.

The company also expressed concern over the PFG's failure to fulfill its duty and protect oil fields and employees, and accused the guards of covering up for the protesters instead.

"NOC calls upon the appropriate authorities and local community leaders to act in the national interest and return security to the site," the statement added.

© REUTERS / Guglielmo Mangiapane
Qatar, Turkey Attended Palermo Conference on Libya to Support Terrorists - LNA
According to media reports, the protesters belonging to the Fezzan Anger Movement demand that better living conditions be provided in the country's impoverished southwestern region of Fezzan, where the oil field is situated. NOC insists that the company has been making efforts to improve the situation in the region but production shutdown will only hamper their work.

On Saturday, NOC said the Petroleum Facilities Guard (PFG) had incited protests at the oil field, and decried what the company calls an "occupation." On Sunday, NOC said that the protesters had tried to threaten Sharara's employees into shutting down the oil production and then forcibly closed several pumps at the site.

Sharara's shutdown will lead to daily production losses of 315,000 barrels, while the country will lose another 73,000 barrels each day because of the subsequent shutdown of El Feel oil field, which depends on power supplies coming from Sharara, according to the oil company. The Libyan is expected to suffer daily losses amounting to $32.5 million as a result of the production shutdown at the sites, according to NOC's estimates.

Scholar: Libya is Too Divided, National Election by Mid-2019 "Is Impossible"