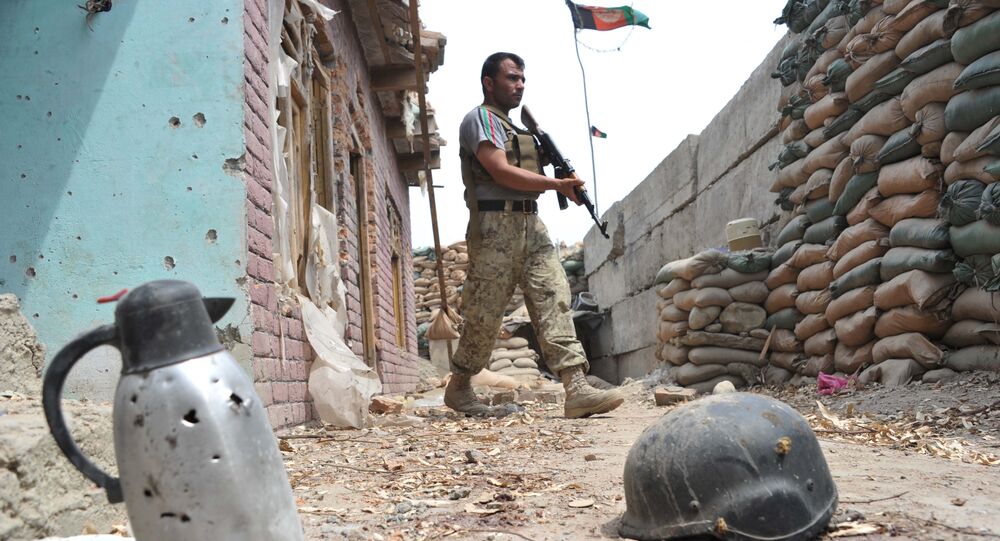 Taliban shadow district chief for Hesarak district Abdul Jabar and six other militants were killed in a drone strike on Saturday, according to the Khaama Press news agency citing the provincial government press office.

© AP Photo / Rahmat Gul
'US Agrees to Discuss Troop Pullout': Claim Afghan Taliban Officials
Afghanistan has long been suffering from an unstable political, social and security situation due to the activity of various terrorist and radical groups.

The Afghan National Defense and Security Forces, supported by a US-led coalition, are conducting joint offensive operations to combat terrorism across the country.

*Daesh and Taliban are terrorist groups banned in Russia