UNITED NATIONS (Sputnik) - UN Secretary-General Antonio Guterres called on the conflicting parties in Libya to immediately cease fire and sit down at the negotiating table, his spokesman said in a statement on Saturday.

"The Secretary-General calls on all parties to immediately cease hostilities and abide by the ceasefire agreement brokered by the United Nations and the Reconciliation Committees," the secretary-general's spokesman Stephane Dujarric said in a statement. 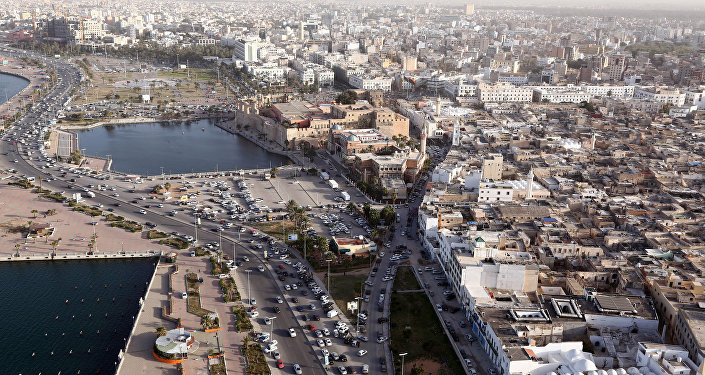 © AFP 2019 / MAHMUD TURKIA
Libya's Tripoli Security Chief Kidnapped by Local Militia - Reports
Guterres condemned the continued hostilities in and near Tripoli, in particular, the indiscriminate shelling, which killed and injured civilians, including children. He offered his deepest condolences to the victims' relatives.

"He urges all parties to grant humanitarian relief for those in need, particularly those who are trapped by the fighting," the spokesman added.

Ghassan Salame, a special representative of the UN secretary-general and the head of the United Nations Support Mission in Libya (UNSMIL), will continue to work and cooperate with all parties to achieve a long-term political agreement acceptable to all, he concluded.

A fighting erupted on August 26 reportedly between local militias and Kani tribal fighters from Tarhouna, southeast of Tripoli.

According to the Doctors Without Borders (MSF) NGO, heavy shelling in residential areas resulted in an unspecified number of casualties and approximately 8,000 refugees and asylum seekers remaining trapped in closed detention centers in dire humanitarian conditions