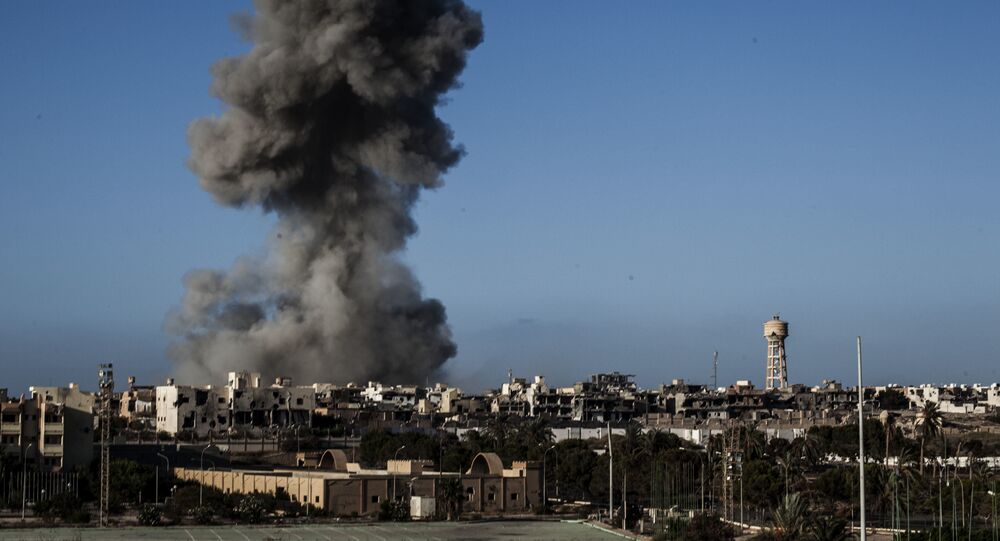 The findings were made by the Intercept media outlet and Italy's La Repubblica newspaper after carrying out an investigation, based on interviews with US military officials and an analysis of open-source data.

The amount of the US drone strikes on Libya, since the start of its campaign in the north African nation in 2011, reportedly exceeds the number of US airstrikes since 2001 in Yemen, Pakistan or Somalia, media reported Thursday.

"Our Predators shot 243 Hellfire missiles in the six months of OUP [NATO operation Operation Unified Protector], over 20 percent of the total of all Hellfires expended in the 14 years of the system’s deployment," retired Lt. Col. Gary Peppers, the commander of the 324th Expeditionary Reconnaissance Squadron during the OUP, told The Intercept.

Nor the United States Africa Command (AFRICOM) or the US Air Forces in Europe-Air Forces Africa could confirm his figures, according to media outlet.

© AP Photo / Allauddin Khan
Pakistani Taliban Leader Killed in US Drone Strike in Afghanistan - Reports
The investigation pointed at the failure of the US military to tally the number of drone strikes accurately. According to the media outlet, chief of US Africa Command (AFRICOM) Gen. Thomas Waldhauser provided an incorrect number of airstrikes in Libya in 2016 before a congressional committee in March.

"Probably very few people outside the U.S. government are even aware the U.S. is fighting in Libya, let alone conducting hundreds of lethal drone strikes there. And the U.S. seems to be quite selective about which strikes it publicizes and which it doesn’t," Daphne Eviatar, the director of security with human rights at Amnesty International USA, told The Intercept.

The US strikes in Libya continued under the administration of US President Donald Trump, with the latest one being conducted on June 6 near the town of Bani Walid.