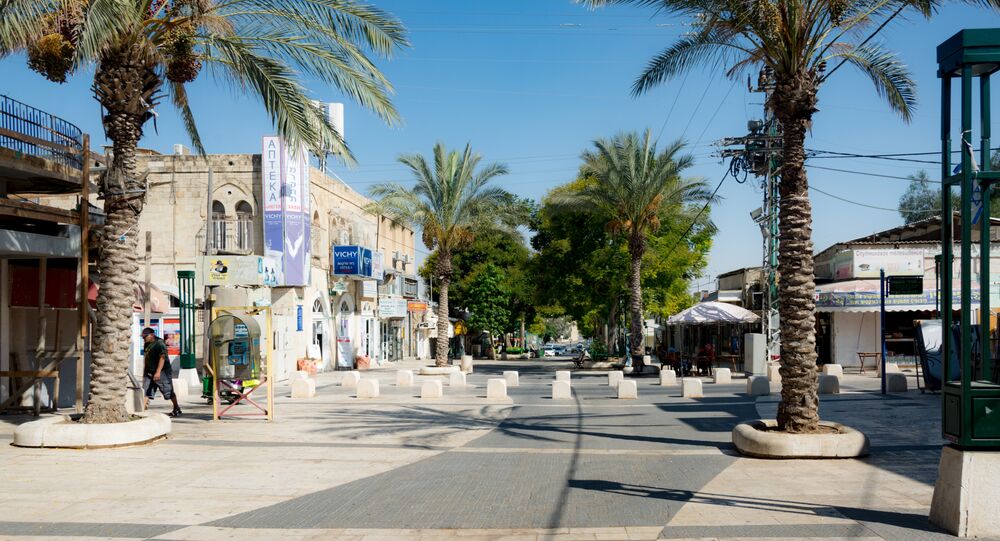 The attack followed numerous reports, saying that the alarm systems in Beersheba had gone off. The attack took place hours before an scheduled Europa League soccer qualifier.

A Grad rocket fired from the Gaza Strip has landed on territory close to the large Israeli city of Beersheba, the Israel Defense Forces stated, as quoted by the Jerusalem Post.

The local police warned the city's residents not to go to the impact site of the Grad rocket. According to the Jerusalem Post, the bomb squad experts are on their way to the place of the attack.

An alleged video of the place of the attack appeared online shortly after:

This is the first rocket attack at Beersheba since Operation Protective Edge in 2014. The city is located 43 kilometers away from the Gaza Strip and is expected to host a Europa League soccer qualifier between Hapoel Beersheba and APOEL Nicosia later on Thursday. Europa League matches have previously been called off or moved due to the security situation in the country.

Prior to that, the IDF reported about sirens sounding in the city of Beersheba and in the Lakhish and the Eshkol Regional Councils.

The last 13 hours in Israel.
Each of these alerts means an air raid siren sounded, signalling an incoming rocket from Gaza. Each of these alerts also meant that the people living in the area under attack from Gaza only had a few seconds to run for cover. #IsraelUnderAttack pic.twitter.com/uP5miNh8uS

Later, spokesman for the Gaza Health Ministry Ashraf Qidra told Sputnik that, responding to the attacks from the Gaza, an Israeli drone struck a building at the Gaza territory.

"A total of 18 people have been administered to the Al-Shifa Hospital with injuries sustained during the airstrike targeting Meshal building in the western part of the city of Gaza," the spokesman said.

The IDF explained that the building "served as the office of active unit members", adding that "a significant part of the unit's members are also Hamas military operatives".

Hamas' interior security unit is responsible for all security operations carried out inside Gaza, and is considered to be an executive branch of Hamas' political leadership

​The Palestinians have announced they were ready to stop their rocket attacks on Israel from the Gaza Strip under the condition that Israel pledged to do the same, Al Jazeera reported on Thursday. According to the broadcaster, the joint operational headquarters of the Palestinian resistance has announced the end of the current round of fighting, adding that whether or not the ceasefire was upheld would depend on Israel's actions.

Israel usually does not recognize any arrangements with what it considers to be terrorist groups, but in cases where the Palestinians stop firing, the IDF does follow suit.

According to the IDF, since Wednesday evening it had detected about 180 rockets and mortar shells launched from the Palestinian side, 30 of which have been intercepted. In response, the IDF has hit over 150 targets in the Gaza Strip. At least seven Israelis were injured and three Palestinians were killed.

Egypt and the United Nations are attempting to come up with a plan to ease the current tensions between the Israelis and Palestinians. According to media reports, last week, the mediators presented their draft agreement to both sides. It stated that Palestine must put an end to its attacks in return for Israel easing the blockade of the Gaza Strip.

Tensions between the Israelis and the Palestinians near the Gaza border have been mounting since late March, which marked the beginning of the Palestinian protest campaign against Israel, dubbed the Great March of Return. The recent disturbances on the Israeli-Gaza border have been caused by continued shelling and the launch of arson balloons by Hamas militants into Israeli territories.