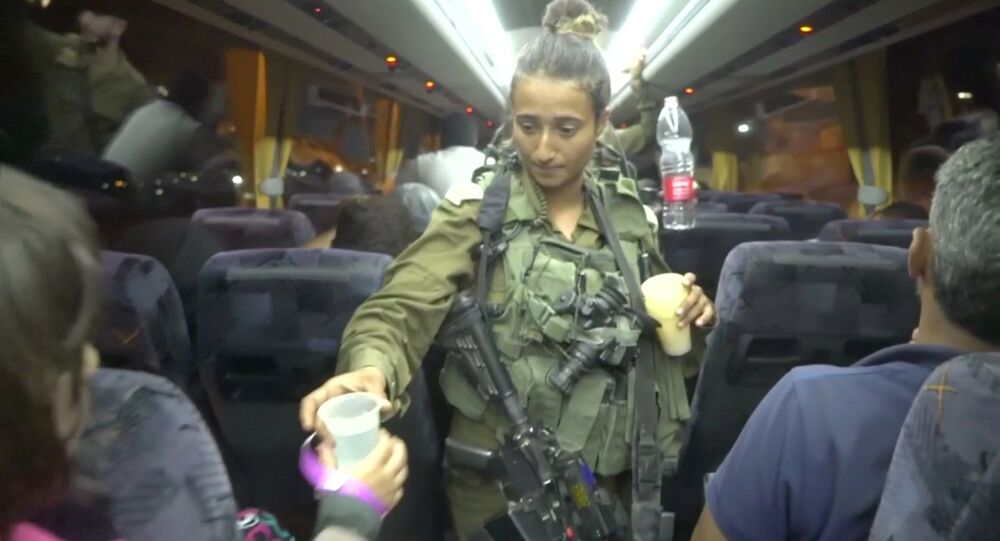 Israeli forces have evacuated several hundred White Helmets and their family members from southern Syria to Jordan at the request of several Western countries. The move has been labeled a "criminal operation" by Damascus, who believes the NGO’s members have cooperated with extremists and plotted several false flag attacks.

At least four commanders from various Syrian militant groups were transferred to Jordan by Israeli forces during the so-called "rescue operation," which was organized in order to pull members of White Helmets and their families out of the southern Syrian provinces of Quneitra and Daara, online media outlet al-Masdar News reported.

The media named two commanders from Fursan al-Golan Brigade — Moaz Nassar and Abu Rateb, one from Saif al-Sham Brigade — Ahmad al-Nahs, and one from Jaish Ababeel — Alaa al-Halaki as those, who were evacuated during the operation. At least one of them, the Saif al-Sham Brigades (Sword of the Levant Brigades) was previously associated with the terrorist group Jabhat al-Nusra*.

Al-Masdar also reported, citing anonymous sources, that these commanders were allegedly recruited by Israeli intelligence a long time ago.

Tel Aviv hasn't commented yet on the information regarding the militants' extraction from Syria or their alleged work with Israeli intelligence agencies.

Damascus slammed the Israeli "rescue operation," during which several hundred White Helmets' members and their families (from 400 to 800 according to different estimates) were evacuated to neighboring Jordan for further relocation. Syria's government has labeled the operation "criminal," while Israel has insisted that the operation was a "humanitarian effort." Damascus and Moscow have on multiple occasions accused the White Helmets of helping terrorists, namely al-Nusra Front and organizing false flag attacks.