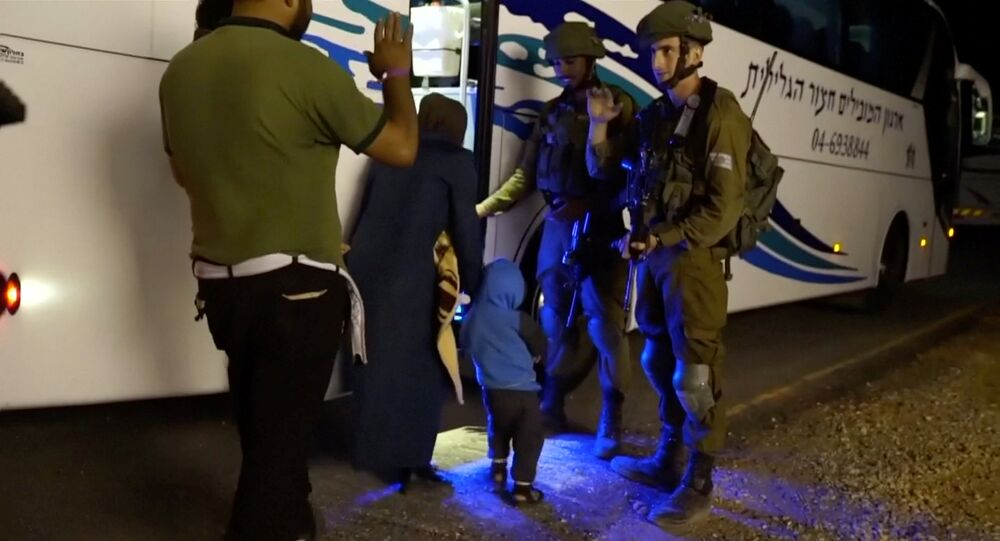 Tel Aviv has evacuated members of the White Helmets and their families from Syria at the request of the United States, Canada and the European Union, as government forces are approaching rebel-held territories in the south of the country.

The Syrian Foreign Ministry has condemned the evacuation of the White Helmets' personnel from the country, slamming it as a "criminal operation" by "Israel and its tools."

"The operation carried out by Israel and its subordinates is criminal, it revealed the true nature of the so-called White Helmets, Syria warned about its danger," the ministry's spokesperson told the state news agency SANA.

He went on to say that it would be unacceptable to hold sessions of the Organization for the Prohibition of Chemical Weapons (OPCW) over the alleged use of toxic agents in Syria after the evacuation of the White Helmets' members, since there are no chemical weapons in the country.

The ministry stressed that the support of the evacuation by the US, the UK, Jordan, Germany and Canada attests to the fact that these countries "back terrorists in Syria."

On July 22, Israel announced that it had started the transfer of members of the White Helmets, an NGO accused by Damascus and Moscow of aiding terrorists, from Syria, citing concern for their lives.

© AP Photo / Syrian Civil Defense White Helmets
Top 5 Facts to Know About the White Helmets Amid Controversial Syrian Evacuation
According to the Jordanian Foreign Ministry, 422 members of the organization have been evacuated to the kingdom, whereas it said earlier that 800 people were given permission to arrive. Agence France Presse reported, citing its sources, that over 400 White Helmets personnel and their family members had failed to leave Syria "due to the adverse situation on the ground."

Washington welcomed the White Helmets' evacuation from Syria, calling them ‎"brave volunteers, who have saved thousands of lives."

The White Helmets, also called the Syrian Civil Defense, is a non-governmental organization founded in 2013, declaring the rescue of civilians in war zones as its fundamental aim. However, the Syrian government accuses the White Helmets of ties with jihadists as well as disseminating Western-sponsored propaganda. Russia, in turn, has repeatedly accused the NGO of faking "rescue operations" and staging false flag attacks by Moscow and Damascus.