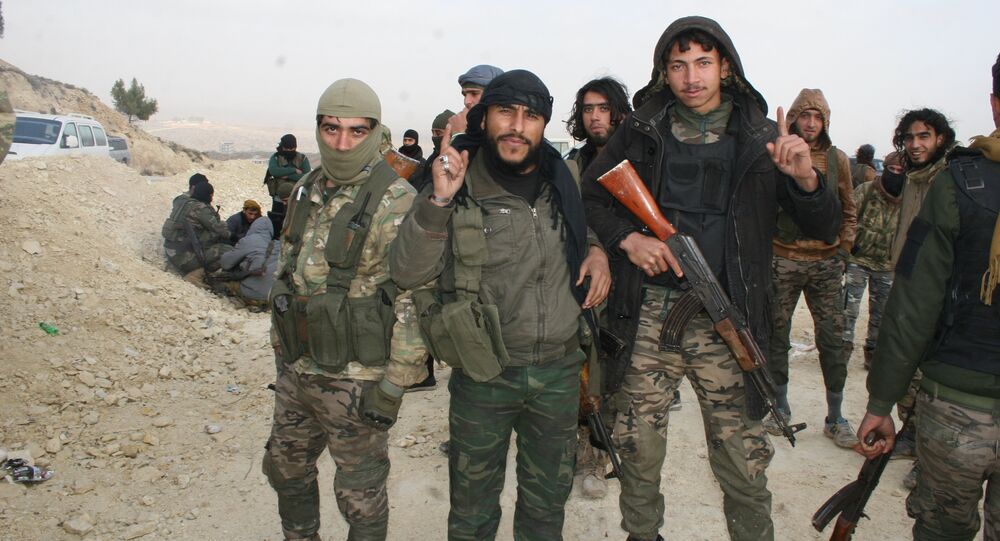 The statement comes just a day after the Syrian army and the FSA jointly repelled an attack by over a thousand of al-Nusra Front terrorists in the Syrian southern de-escalation zone.

The Russian Defense Ministry has announced that the units of the Free Syrian Army (FSA) rebels had joined the government forces in 11 settlements in the south of the country in order to fight al-Nusra Front* and Daesh** militants.

According to the Russian military, 10 populated areas in Syria's south have voluntarily come under the control of the government over the past 24 hours.

The Syrian army is currently conducting an anti-terrorist operation in the southern de-escalation zone in parts of the country's Daraa and Quneitra provinces. The day before, the government forces, together with FSA detachments, managed to repel over a thousand al-Nusra Front attacks in the area.

© AFP 2021 / AMER ALMOHIBANY
Two Peas in a Pod: White Helmets Shared Buildings With Al-Nusra in Syria – Bolivian Filmmaker
Most of Syria's territory has already been liberated by the government army with the Russian aerial support, however, some terrorist pockets located mainly in the southwest US-controlled areas still remain.

Four Syrian de-escalation zones were created during the Astana talks on Syrian reconciliation, including the one in the country's south. Russia, Iran and Turkey serve as guarantors of the de-escalation agreements, which do not apply to terrorists in the region.