Hezbollah Secretary-General Hassan Nasrallah announced that Hezbollah forces would not withdraw from Syria until the country is "liberated" and its "territorial integrity is restored."

According to Hassan Nasrallah, Iranian troops were present in Syria at the request of the Syrian leadership, just like the Russian Aerospace Forces.

"Even if the whole world wanted it, no one would force us to leave Syria, which would only happen when the Syrian authorities demand it," Hezbollah Secretary-General Hassan Nasrallah said on the Al-Manar TV channel.

The official's statement followed a demand, repeatedly put forward by Israel, for the military group's withdrawal from Syrian soil.

A similar position has been voiced by Lebanese Parliament Speaker Nabih Berri earlier in June.

"As for Hezbollah, it is in its own country, because if it had not been for Hezbollah there [in Syria], Daesh would have been here [in Lebanon]," Berri said. 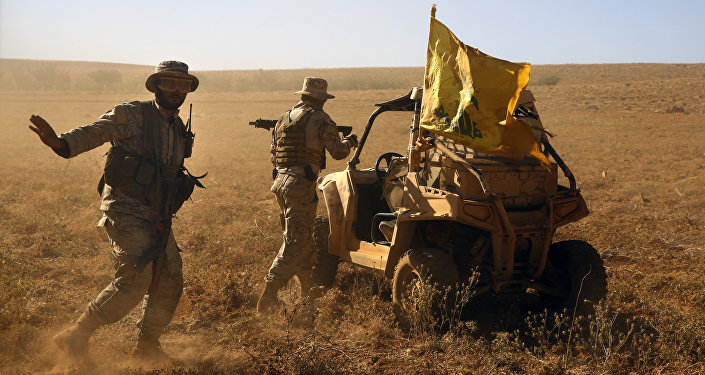 The group supports incumbent Syrian President Bashar Assad, who is a representative of the Alawites, a Syrian Shia minority. The group is designated by the United States, the EU, Israel, and several Arab countries as a terrorist organization.