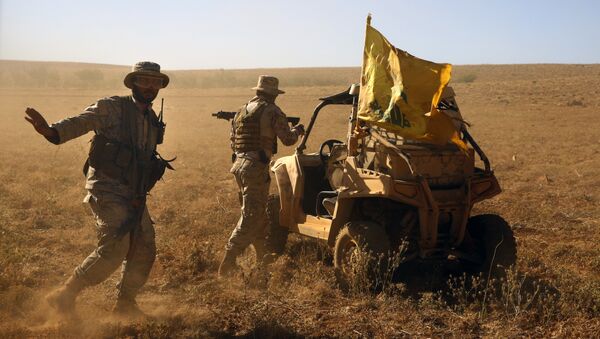 "In a democratic state, it remains a fundamental anomaly that a political party maintains a militia that has no accountability to the democratic, governmental institutions of the state but has the power to take that state to war," he said as quoted by The Times Of Israel.

On May 6, Lebanon held its first general election since 2009. Within the nine-year period, the nation's parliament extended its mandate three times under the pretext of political instability. On May 7, Hezbollah Secretary-General Hassan Nasrallah said that a new government would unite the army, the Lebanese people, and the Hezbollah resistance.

Hezbollah: Attacks on IDF in Posts Affirmed "Balance Of Deterrence"- Reports
Hezbollah is a Lebanon-based Shiite movement founded in 1980s and has engaged in several military conflicts with Israel. The group also supports incumbent Syrian President Bashar al-Assad, who is a representative of the Alawites, a Syrian Shiite minority.

The deputy leader of Hezbollah has admitted that it was the movement's fighters that launched an attack, targeting Israel earlier this month as a "counteraction strategy" to the Jewish state's policy.

READ MORE: Israel 'Must Destroy Any Trace of Iran in Syria, Put Genie in Bottle' – Minister

On May 10, the Israeli Air Force hit dozens of what it described as Iranian targets in Syria after 20 rockets had been fired at the IDF positions in the Golan Heights, which had been occupied by Israel during the 1967 Six-Day War and later annexed the territory in 1981.

Damascus has stated that Syria would counter all attacks by the Israeli forces on its sovereign territory and will not hesitate to strike Israeli military targets as it has a right to self-defense. When commenting on the latest Israeli attack in Syria, the Iranian Foreign Ministry slammed the move as "an act of aggression" and a breach of the Arab country's sovereignty.

000000
Popular comments
Most probably this Antonio Guterres is a Zionist supporter. He is just a robot or a marionette controlled mentally by the USA intelligence. Instead of asking the coalition leading by the USA in Syria (uninvited) with airplanes and sophisticated weaponry, he is asking Hezbollah (armed with not heavy weapon) to leave Syria. What more obvious could it be to be sucker and very good sucker because he paying very good salary that in his all life never though to get. You are despicable human.