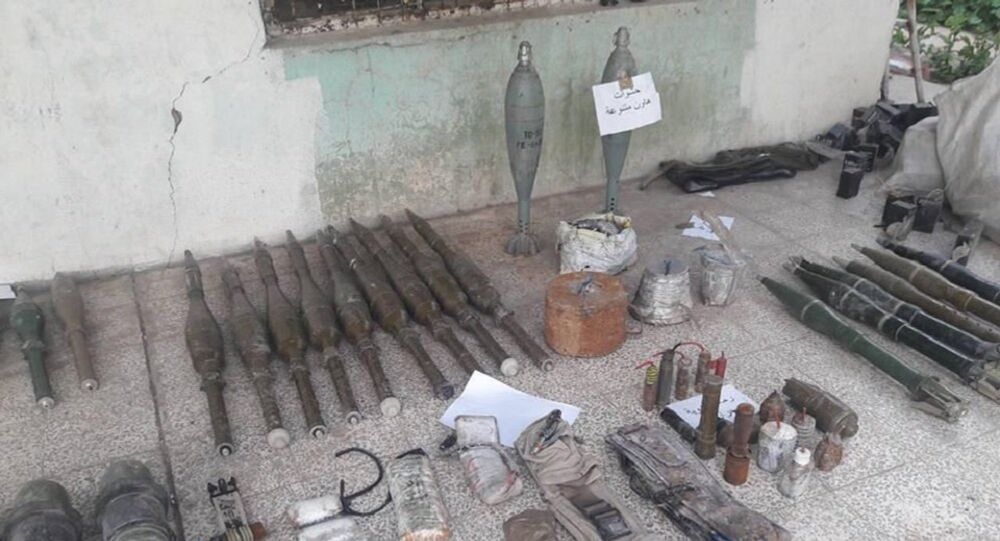 Though the defeat of the terrorist group Daesh has already been proclaimed in Iraq, the country's security forces continue to arrest militants and discover warehouses and other facilities that were used by terrorists during their occupation of the area.

According to the broadcaster, the field commander Abu Yasin has been arrested, along with five of his accomplices in the city of Khanaqin near the Iranian border.

Yasin is accused of making improvised explosive devices and arranging terrorist attacks in the province of Diyala, which resulted in multiple civilian casualties.

In February, Iraqi security forces arrested several Daesh members and found their warehouse, stocked with bombs, mortars and suicide belts, in the Iraqi province of Nineveh.

© REUTERS / Rodi Said
Watchdog: US-Led Ops Against Daesh in Syria, Iraq Deadliest Since Vietnam War
In summer 2014, Daesh militants invaded Iraqi territory and siezed the country's second largest city, Mosul, declaring it the capital of their so-called caliphate. The next year, Iraqi government forces, backed by the US-led coalition, launched a large-scale offensive to free the territories captured by the militants.

In 2017, Iraqi forces regained control over Mosul; this was followed in November by the liberation of the town of Rawa, the last Daesh stronghold in the country, after which the Iraqi Army's victory over the terrorist group was declared.