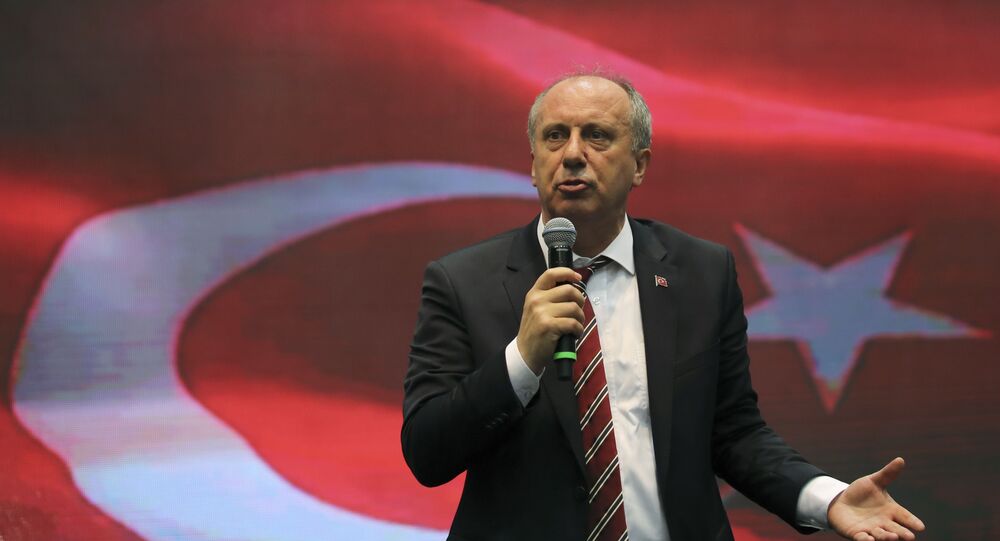 MOSCOW (Sputnik) - Muharrem Ince, the presidential nominee of Turkey’s main opposition Republican People’s Party (CHP), pledged in his manifesto, as cited by the Hurriyet newspaper on Sunday, to change the country's constitution to ensure the functioning of democracy and the separation of powers if elected in the June snap election.

"Our indispensable objective is to apply democracy with all its norms and institutions and without interruption. Some administrative powers currently in the hands of the central government will be handed over to local administrations," the manifesto read, as quoted by the Hurriyet outlet.

Ince also wants to remove the state of emergency currently in place in Turkey as "the first step" to ensure the rule of law, according to the manifesto.

© REUTERS / UMIT BEKTAS
Turkey Intelligence Investigating Reports on Prepared Attack on Erdogan – Reports
Previously, the Turkish opposition announced a creation of the "nation alliance" in order to undermine the ruling Justice and Development Party, which won in the five most recent legislative elections since 2002. However, the alliance only applied to the parliament vote, as each party named its own candidate for the Presidential elections.

On April 18, Turkish President Recep Tayyip Erdogan announced the snap presidential and parliamentary elections, which set to take place on June 24, though the vote was initially scheduled for November 3, 2019.  The president explained the move by the need to switch to the presidential system in the country and enforce the constitutional amendments that were adopted after a referendum in April of last year.