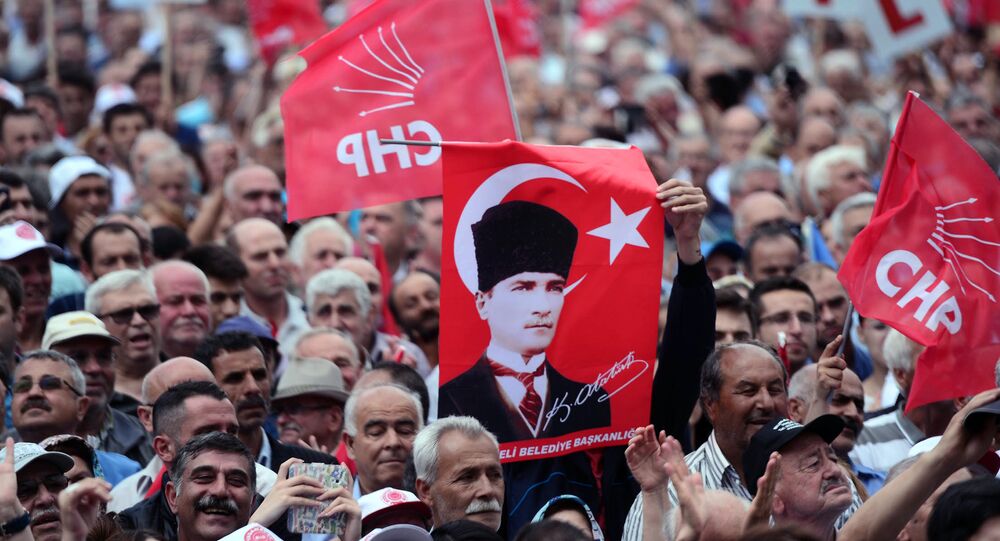 President Recep Tayyip Erdogan said, that Turkey should hold snap presidential and parliamentary elections on June 24 instead of initially scheduled November 2019, in order to appease the switch from the parliament to the presidential system of government.

A lawmaker from the main opposition Republican People's Party (CHP) Bulent Tezcan announced the "nation alliance" to the press on Saturday.

According to Tezcan, four parties will join the alliance — newly-founded Good Party, the conservative Felicity Party and the center-right Democrat Party. Together these political powers will try to weaken Justice and Development Party (AKP), which won pluralities in the five most recent legislative elections since 2002.

However, the alliance only applies to the parliament vote, as all parties name their own candidate for the Presidential post.

In April, Erdogan announced that early presidential and parliamentary elections would take place on June 24. Explaining his decision, the Turkish President claimed that it would ensure a swift transition to the presidential system of government, which had been chosen by a slight majority of Turks participating in the constitutional referendum on April 16.

Since the introduction of the Constitution in 1982, political parties in Turkey have to pass a high electoral threshold of 10% of the nationwide popular vote in order to obtain seats in parliament. However, the latest amendments, made in 2018, allow forming pre-election alliances, combining the votes from the different parties.