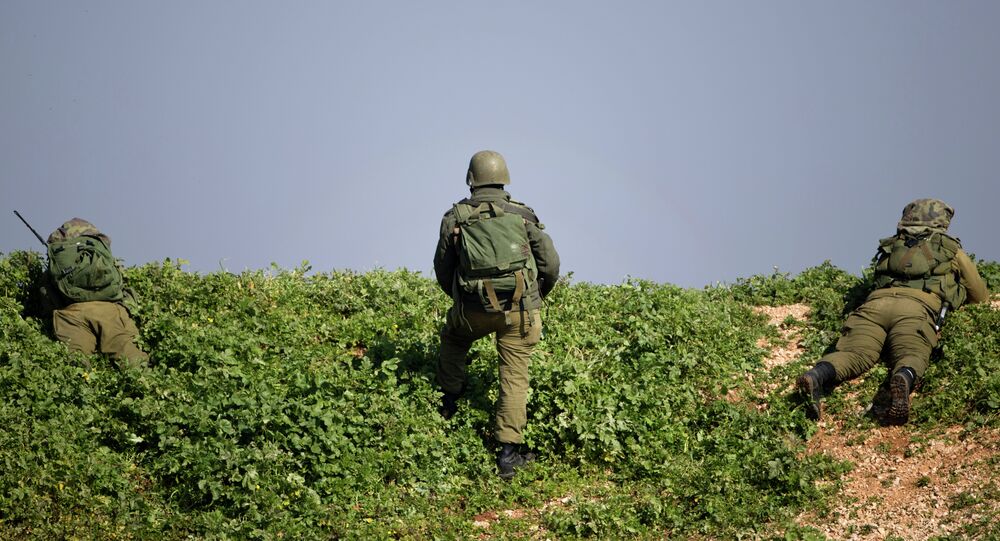 Israeli Education Minister Naftali Bennett took to Twitter to hit out at Lebanon saying it's the same thing as Hezbollah. Bennet also warned that Israel will hold Lebanon responsible for any activity from within its territory. Sputnik discussed this with Claude El Khal, an independent journalist based in Lebanon.

Sputnik: What are your thoughts about the statement of Israel's education minister equaling Hezbollah to Lebanon and Israel's treatment of Lebanon as such? What will it mean in practice?

Claude El Khal: Hezbollah and Lebanon are not at all the same thing, Hezbollah is part of Lebanon, it's one of the parties that exist here and has popular representation, but there are many different parties. But what I mean is what this minister said is not new, Israeli ministers have said the same thing when Hezbollah joined the government's advice in December 2016 and even before that, it's an intimidation technique; it's aimed at the Lebanese and isolating Hezbollah.

He said that because I believe that in reality what's being planned is a war against Lebanon, Israel will not only target Hezbollah strongholds like Beirut's southern suburbs, or southern Lebanon, but it will also target the Lebanese army and country's infrastructure, electricity, telecom, etc. Let's not forget that Israeli officials have threatened on many occasions to turn Lebanon into stone age.

Sputnik: Should Israel really be concerned by the fact that Hezbollah and its allies strengthened their positions in this election?

Claude El Khal: Actually I don't think Israel cares much about who won the Lebanese elections, the only thing it cares about is Hezbollah's arsenal and firepower. What worries Israel most is the fact that Hezbollah have missiles that can reach any part of Israel and anti-aircraft missiles that could down its planes and drones.

Sputnik: How high are the chances that we may see a military confrontation between Israel and Lebanon?

Claude El Khal: I think, unfortunately, the chances are very high; Israeli Prime Minister Benjamin Netanyahu needs a war, he needs it to escape the corruption charges against him and he needs to start the war before the Israeli judiciary indict him.

© REUTERS / Omar Sanadiki
Israel Afraid Syria May Become Another Front of Confrontation With Iran – Prof.
Contrary to what's being said, the next war will have more to do with saving Netanyahu's political future than any geopolitical issues, so this war may very well start in Lebanon but quickly become a full-blown regional war, which consequences could be and will be devastating for everyone, but mostly for Israel because it would show that it's no longer the main regional military superpower. If that happens, the very existence of the state of Israel may be compromised if it shows their military weakness.

Sputnik: What are the chances that we may see a military confrontation in Syria? Just recently the Israeli Prime Minister Benjamin Netanyahu said that is country would not tolerate a large Iranian military presence on its northern borders, even if it means resorting to military action?

Claude El Khal: Yes, I believe sadly that it's very likely that they will get more and more involved, Israeli officers recently threatened to kill Bashar Assad, the war in Syria has so far failed to topple Assad and bring a Western-backed Islamist coalition into power, a coalition that would sign a peace treaty with Israel.

The relation between Israel and this Islamic or jihadi groups like Jabhat al-Nusra, for example, is no secret to anyone, they are allowed to roam free in the Golan Heights, occupied by Israel, and their wounded are treated in Israeli hospitals.

So for them, killing Bashar Assad will stop the Syrian army advance and avoid the expected defeat of Islamic an jihadi groups in the area they still control, it would also remove a major ally of Russia and Iran, which means weakening their position in Syria, and it would somehow re-launch the Syrian war and allow the Western countries that are Israel's allies, like the US, UK and France, to make a comeback in the conflict and regain their lost influence in the region.

Sputnik: You said that US foreign-policy looks erratic at best, do you think we may see some changes in it with the nomination of Mike Pompeo as the new secretary of state?

Claude El Khal: The Hawks are back, aren't they? This is a clear indication that Donald Trump has put aside what he said during the electoral campaign that he will take care of America and not be involved in conflict throughout the world; we see people today coming to this administration, not only Pompeo but also John Bolton. So yes, there is a concern, and these people are very, very close to Israel, particularly John Bolton.

Sputnik: You think US withdrawal from Syria is still possible?

© AP Photo / Majdi Mohammed
‘War Between Wars’ Needed to Maintain Israel’s Security - Former Israeli Defense Minister
Claude El Khal: I think it is, but again I think it's very difficult to know because, as I've said, it's very erratic, one has difficulty to understand the actual strategy of the United States at the moment, but then again will it be replaced by Saudi troops, that Saudi Arabia has proposed, or as Trump offered, that some Gulf country would pay the United States to keep the troops there, he put that offer on the table, which is quite awkward because it will transform the US Army into mercenaries, which is not something advisable.

Sputnik: Do you think that a full-blown confrontation between Israel and Iran is not currently off the table?

Claude El Khal: I don't believe there will be a direct confrontation between Israel and Iran but, as I said before, any indirect war between the two that could start in Lebanon or Syria, for example, can easily develop into full regional war, and this obviously needs to be stopped, I believe Russia has a major role to play to avoid this catastrophe, but the question is: Can Netanyahu be reasoned with? It's a question that is very difficult to answer.