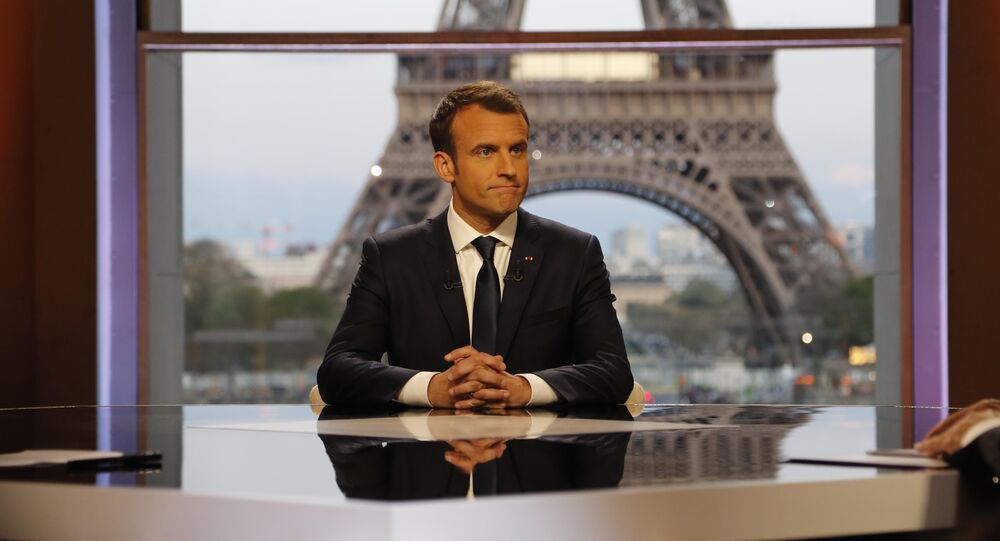 French President Emmanuel Macron in an interview with Fox News said that the US, France and allies must remain in Syria after defeating the Daesh* terror group to build a "new Syria" and counter Iran's influence in the region.

"We will have to build a new Syria after war and that is why I think the US role is very important… The day we will finish this war against Daesh, if we leave definitely and totally even from the political point of view, we will leave the floor to the Iranian regime, Bashar Assad and these guys. And they will prepare the new war. They will fuel the new terrorists," Macron said.

The French President went on saying that "even after the end of the war against Daesh, the US, France and our allies, all countries in the region, even Russia and Turkey, will play an important role in creating a new Syria." "But to determine the future, of course, will be the Syrian people," he added.

Earlier, French right-wing National Front party leader Marine Le Pen stated that French involvement in the Western military strikes on Syria deprived Paris of an opportunity to play the role of an independent actor at the international arena.

France, along with the United States and the United Kingdom, launched strikes on a number of targets in Syria in response to the alleged chemical attack in the Damascus' suburb of Douma.

© AFP 2021 / PASCAL GUYOT
'This Is Not France': Frenchman Renounces Citizenship to Protest Attack on Syria
According to the Russian Defense Ministry, a total of 103 cruise missiles were launched by the United States and its allies, 71 of which were intercepted by Syria's air defense systems. Russia called on the OPCW to launch an investigation into the reported chemical attack.