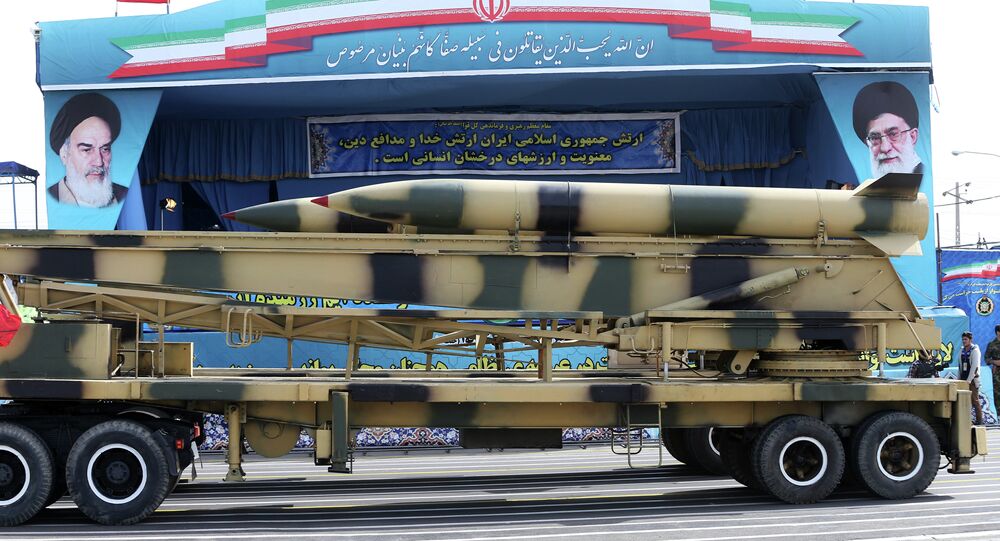 Israel has repeatedly carried out airstrikes on Syrian soil, reportedly targeting military facilities used by Iran and Hezbollah, which it believes are planning to use Syria as a platform to launch attacks against Israeli cities. Tehran is yet to militarily retaliate to Israel's attacks, but the war of words between them is escalating.

The representative of Iran’s supreme leader to the Quds Force – a special forces unit of the Iranian Revolutionary Guards Corp (IRGC) – warned on Thursday that “Iran can destroy Israel.”

Cleric Ali Shirazi also called on Israel to avoid making "stupid mistakes if it wants to continue its treacherous existence."

"If Israel wants to continue its treacherous existence… it should avoid stupid measures. If they give excuses to Iran, Tel Aviv and Haifa [two major cities in Israel] will be destroyed. Iran can destroy Israel," Supreme Leader Ayatollah Ali Khamenei's representative to the Quds force, cleric Ali Shirazi, told the Fars news agency on April 11.

© REUTERS / Omar Sanadiki
Syria on Israeli Attack on T-4 Airbase: We Reserve Right to Defend Our Soil
The regional foes have repeatedly accused one another of sponsoring terrorists and destabilizing the region.

Around half of the missiles fired by the warplanes were intercepted by Syrian air defenses before they reached their targets, but the remaining missiles killed seven Iranian military personnel, prompting condemnation from Tehran and Damascus.

Iran is one of a few remaining countries which refuse to recognize the state of Israel, and has been accused of attempting to develop nuclear weapons to threaten and potentially attack Israel with.

© AFP 2021 / JOE KLAMAR
Trump Intends to Fix 'Egregious Flaws' in Iran Nuclear Deal
US President Donald Trump is a major critic of the Iran nuclear deal, which eased economic sanctions on the country in exchange for Tehran agreeing to limit its controversial nuclear enrichment program, which it claims to have in place for peaceful energy purposes.

The Islamic Republic has also been criticized for providing advanced armaments to the Hezbollah resistance group in Lebanon, which Israel and a number of Western nations consider to be a terrorist organization.

Hezbollah troops and advisors from the IRGC were deployed to Syria in the infant years of the conflict to fight hardline Islamist militants, including the *Daesh terror group, but Israel is now accusing them of setting up permanent military bases in the country which may be used to attack Israel.

As Long as Iran's Position Strong, US Won't Pull Out of Syria - Ex-Turkish Envoy