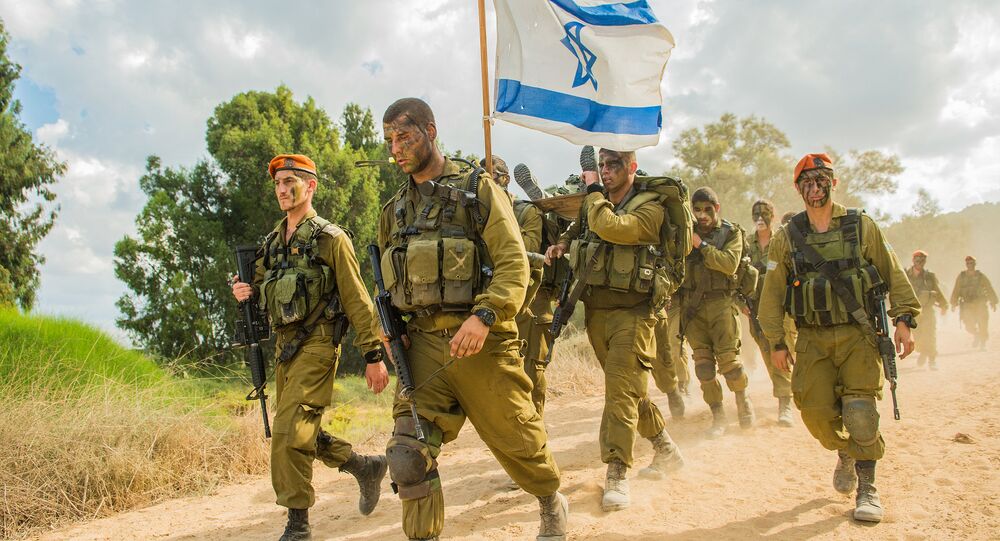 Israel Would Not Let Iran Advance Forces Toward Its Border - Analyst

Iran says Israel’s attack on the airbase in Syria’s Homs will not go unanswered. On Monday, Damascus said that the attack on Homs wouldn’t have been possible without US support and warned of ”dangerous repercussions” for Israel’s attacks on its territories.

Radio Sputnik discussed Israel’s suspected attack on the airbase in Syria’s Homs with Dr. Nir Boms, a research fellow at the Moshe Dayan Center at Tel Aviv University and coordinator of the TAU Workshop on Israel and the Middle East.

Sputnik: What do you think prompted Israel to attack Syria’s Airforce Base in Homs?

Dr. Nir Boms: The attack that is attributed to Israel is an attack against the Iranian base located in the area of Homs. It’s a base known as T4 and it’s the main logistical base used as an Iranian depot and a base for the transfer of weapons and in other cases other materials.

This is the base that was used for the drone that penetrated the Israeli border just last month. This is an ongoing campaign that’s connected to the statement that Israel made that it would not let Iran stabilize in Syria and advance its forces toward its own border, towards the Israeli border.

Sputnik: Israel for the first time hasn’t informed Moscow about the strike. Why, in your view, did the authorities in Israel decide not to inform the Kremlin?

I’m not sure that it’s failed completely but I would say the following: there’s definitely understanding of the mutual interests between Israel and Russia when it comes to the Middle East and beyond.

Sputnik: Are we likely to see more attacks against Syria by Israel in the near future?

Dr. Nir Boms: There was a public statement by the head of the Israeli Air Force of over a hundred attacks that have occurred in the last five years and I think the list is getting longer. I think that Israel has stipulated a number of red lines. Unlike some other countries that stipulated some red lines, it acted upon these red lines.

I think Israel is concerned when it comes to the dynamics in Syria and particularly the Iranian dynamics. I think Israel is not the only country that is concerned about the dynamics. If you are trying to “stabilize” by bringing terrorist organizations like Hezbollah to acquire additional weapons, when these weapons are more sophisticated missiles, technologies that eventually are all aimed at Israel.

I think that you can add to that the majority of the countries in the region, certainly all the other countries that are very much concerned about the advancement of Iranian forces and military in the region and this is where Israel will stand at the moment.

Sputnik: How do you think the situation will develop further? Will Assad stay and what should be done to bring peace to Syria?

Dr. Nir Boms: I think that in some way, if you were to ask the same question literally a week ago, I would say that I’m not sure that it’s the matter of peace. The war was largely won. Those who had cheered for the rebels eventually were disappointed, Assad had stabilized this administration, of course he didn’t do it on his own. He did this under the umbrella of the Russian support and with very active and significant help of the Iranians. And there is a certain order in restoration. I’m following the reports of the Syrian, the Russian Center for Reconstruction. People are beginning to come back to their homes and in some ways Syria’s being stabilized.

This “stabilization,” following the defeat that the Islamic State[Daesh], brings the additional dangers with it and the way it’s going to stabilize is really leaving Syria even less independent. There was a proxy war and Syria becomes more of a proxy state; they have bases where only Iranians are allowed to enter and other bases where only Russians are allowed to enter.

Of course that’s not necessarily just for Syrian sovereignty. So with this merging order, it’s about trying to balance and make sure that it’s going to really remain order and that order will not include terrorist organizations of any kind, not just the Islamic State.

That new order needs to ensure that Syria becomes not just stable but also viable and hopefully at some point a bit more open and the new order will give some degree of empowerment for its own people and address some of the key issues that created this crisis. And this is not to remind a few listeners that this is not just a terrorist uprising of some sort. That it’s a part of the Arab Spring, a demonstration.

There’s hundreds of thousands of people on the streets demanding stringent reforms because they wanted something different than the dictatorship they got. All of this I think, is a long way away. What we’re going to have in the meantime is a proxy state that is guarded by larger powers and that the other stakeholders need to negotiate between themselves to make sure that this type of further stability will be maintained.

The views expressed in this article are solely those of Dr. Nir Boms and do not necessarily reflect the official position of Sputnik.