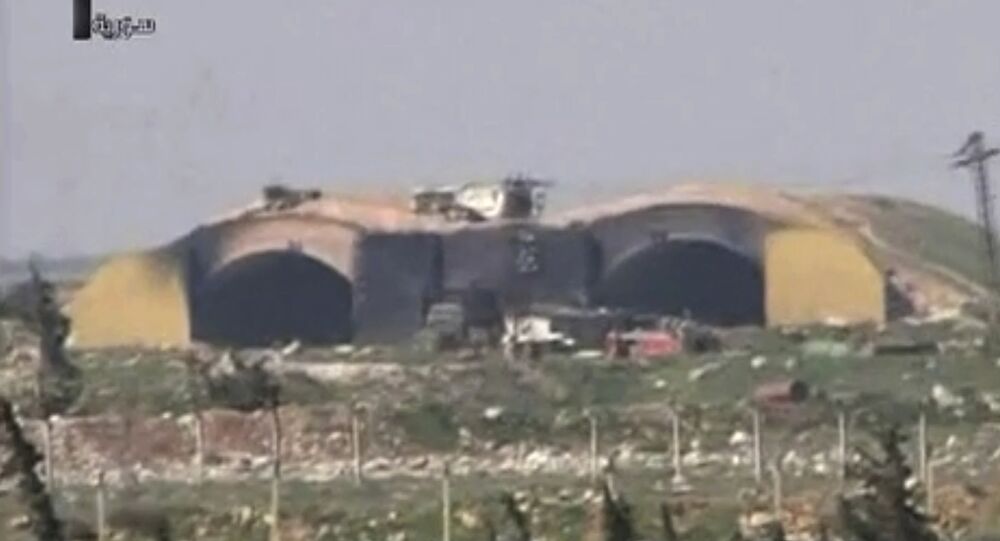 The Russian Defense Ministry said on April 9 that two Israeli F-15 fighter jets had carried out a strike against Syria's T-4 airbase amid reports by Syrian media that the military facility had been targeted by missiles.

"The Zionist regime's attack on Syria will not go unanswered," Velayati said.

Reacting to the warning, Israeli Defense Minister Avigdor Lieberman stated that Tel Aviv would not accept Iranian entrenchment in Syria.

"We will not allow Iranian entrenchment in Syria no matter the price to pay. We have no other option. Allowing Iran to strengthen itself in Syria is like accepting that the Iranians strangle us," he told reporters.

The Iranian Foreign Ministry has denounced the Israeli strike, with Iran's Tasnim news agency reporting that seven Iranian nationals had been killed in the attack on Syria's T-4 military airfield. The victims' bodies were transported to Iran from Syria for burial.

In response to the attack, the Syrian Foreign Ministry has sent a letter to the UN Secretary General, stating that the country reserved the right "to defend its population, territory, and sovereignty by all available means, in line with the UN Charter and international law."

© Sputnik / Mikhail Voskresenskiy
Israeli Spy Jet Seen Over Syrian Airbase Struck by Missiles - Reports
On Monday, the Syrian Arab News Agency (SANA) reported, citing its own correspondent, that the Tiyas airbase in the province of Homs had been subjected to a missile attack. The news agency suggested that the United States might have been behind the attack, however, the Pentagon had immediately denied any involvement in the incident.

Later in the day, the Russian Defense Ministry stated that two Israeli aircrafts had attacked the airfield, with strikes being carried out from Lebanese airspace. According to the ministry, five out of eight missiles fired were intercepted by Syrian air defenses before reaching their targets.