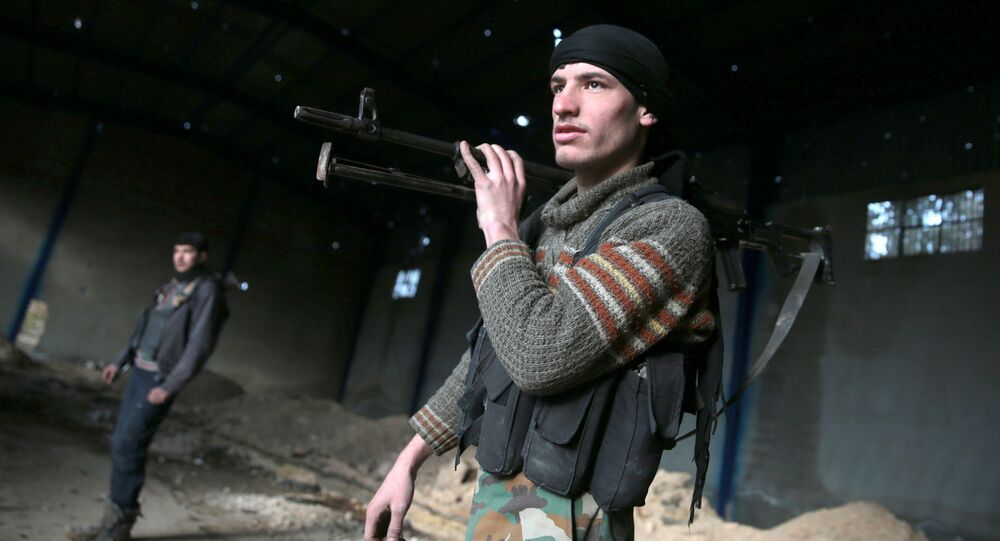 BEIRUT (Sputnik) - An estimated one thousand militants of the Failaq al-Rahman radical movement - along with with their families - have left the Syrian town of Douma, a source in a security service told Sputnik on Sunday.

"Twenty four buses have left Douma this evening via a humanitarian corridor in Muhayam Wafedeen toward Idlib. This has happened within the framework of agreements reached through the mediation of Russia between the Syrian army and the militants in Douma, first of all with the Jaysh al-Islam," the source said.

© Sputnik / Muhamad Maruf
Russian MoD: Thousands Left Eastern Ghouta Since Start of Humanitarian Ceasefire
According to the source, the Jaysh al-Islam will be allowed to leave Douma toward Jarabulus with small weapons after the Failaq al-Rahman group will be transported to Idlib.

On Saturday, the Syrian army command announced that the government forces had liberated all the towns and cities in the embattled Damascus suburb except for the city of Douma which remained under the control of militants.

According to Maj. Gen. Yuri Yevtushenko of the Russian Reconciliation center, a preliminary agreement on the withdrawal of Jaysh al-Islam militants from Syria's Eastern Ghouta was reached. However, the Russian officer emphasized that the militants in Douma must show minefield and tunnel maps and voluntarily clear buildings and transport routes of mines before the exodus.