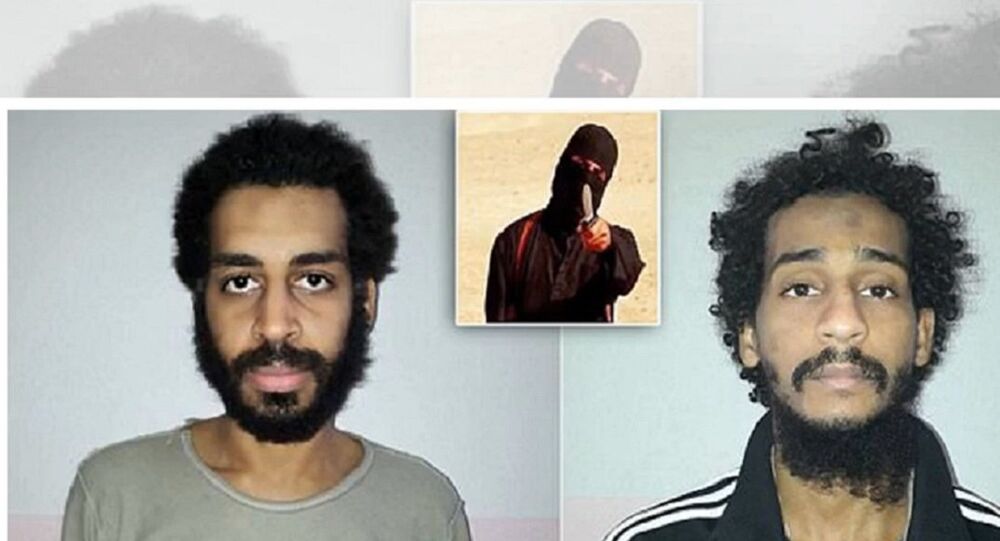 Alexanda Kotey and El Shafee Elsheikh, from west London, were stripped of their UK citizenship, as they were accused of torturing and murdering more than 25 foreign hostages that were held by Daesh.

Two former British citizens have repeatedly complained they will not receive a fair trial in light of the UK revoking their citizenship, according to BBC. El Shafee Elsheikh said in the interview that the "illegal" termination of their UK citizenship places them at risk of "rendition and torture."

"Being taken to any foreign land and treated in any way and having nobody to vouch for you… There will be no fair trial when I am 'the Beatle' in the media," he said.

Alexanda Kotey and El Shafee Elsheikh are the last two members of the infamous 'Jihadi Beatles' band, so called because of their British accents.

Kotey and Elsheikh are to face trial for the torture and gruesome murder of at least 25 foreign hostages that were held by the Daesh terrorist group*. Their victims included  British, American and Japanese journalists and ordinary people, who were publicly beheaded, as part of the Daesh propaganda campaign.

Jihadi John, the infamous group leader was killed in an airstrike in 2015, while London-born Aine Davis was sentenced by a Turkish court to seven-and-a-half years in prison last year.