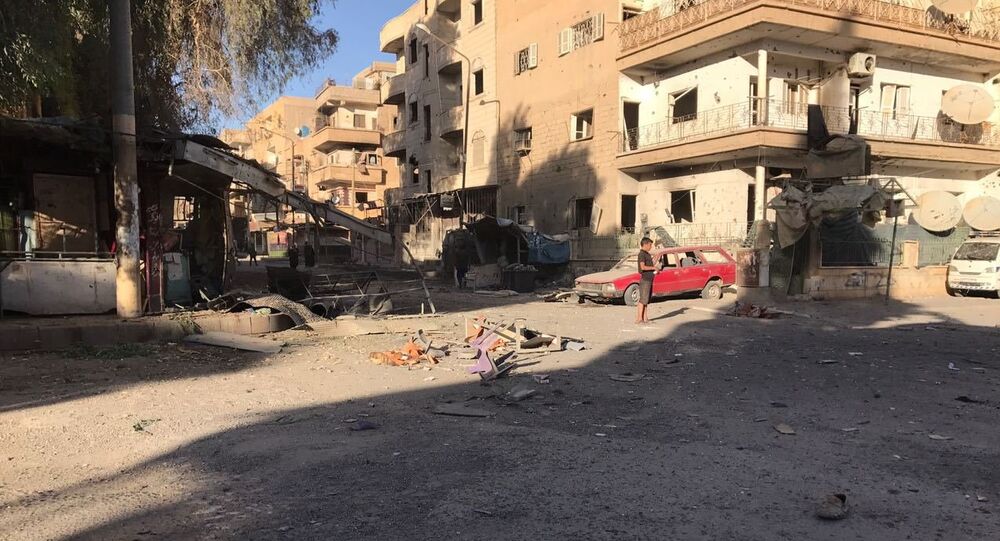 Russian Citizen Killed in US Coalition Attack on Pro-Damascus Forces

Russian citizen and "Another Russia" activist Kiril Ananyev was killed in Syria as result of an airstrike launched by the US-led coalition, the group's coordinator Alexander Averin told RIA Novosti news agency.

"He wasn't an official military service member" and used to be a volunteer in Donbass, Averin said, adding that Ananyev is survived by his wife and children.

Damascus has slammed the attack as "a new act of aggression that constitutes a war crime and a crime against humanity." According to the Syrian Foreign Ministry, it "shows the direct US support for terrorists who and is aimed against sovereignty and integrity of Syria."

Commenting on the incident, the Russian Defense Ministry said that the attack showcased that the real goal behind Washington's "illegal military presence in Syria" was control over the country's economic assets rather than defeating the terrorist group Daesh.

READ MORE: Syrian Kurdish Rep: 'We Have No Intention of Attacking Gov't Forces'

The attack on pro-Damascus forces wasn't the first one carried out by the US-led coalition. One of the most destructive attacks occurred on April 6, 2017, when the US launched 59 Tomahawk cruise missiles at the governmental military airfield in Ash Sha’irat after the National Coalition for Syrian Revolutionary and Opposition Forces blamed Damascus for an alleged chemical weapon attack in Khan Shaykhun in Idlib.

The US-led coalition of more than 70 members against Daesh has been conducting operations in Syria without the authorization by the government of Syrian President Bashar Assad or the UN Security Council.