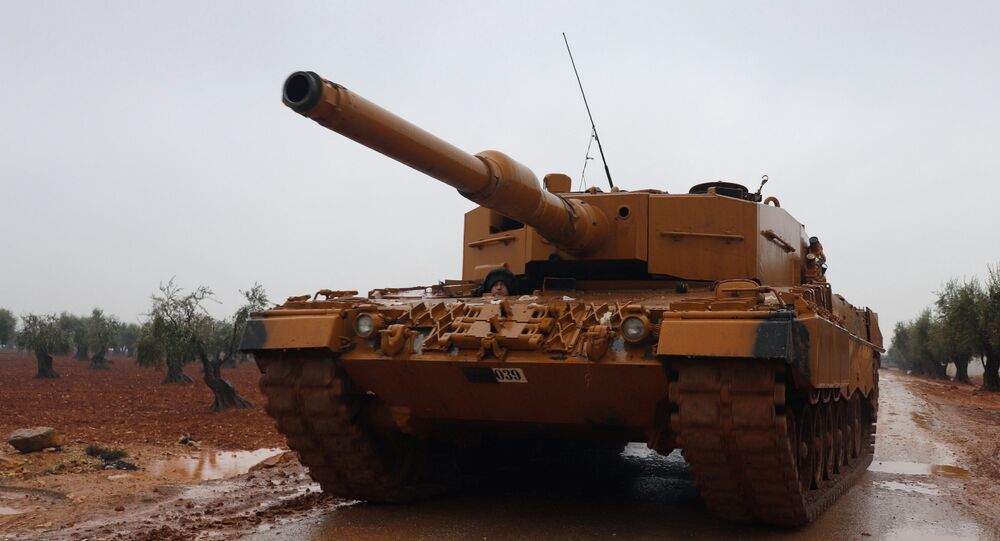 WASHINGTON (Sputnik) - Reports of weekend attacks by Turkey’s military on water supplies in an offensive against Kurdish units in the Afrin region prompted fresh condemnation from the United Nations, spokesman Stephane Dujarric told reporters on Monday.

"The condemnation over and over again which, is unfortunately unheeded, [is] to stop the destruction of civilian infrastructure," Dujarric said. "We’ve seen in Syria water being used as a tool of war. These [acts] are unacceptable. These are clear violations of international law."

Dujarric was responding to a reporter’s question about local media reports over the weekend that Turkish forces had bombed a water treatment plant while battling Kurdish People’s Protection Units (YPG) forces in the Afrin region.

READ MORE: Some 666 People Detained in Turkey for Criticism of Afrin Op - Ministry

Turkey's started its military operation in Syrian Kurdish-dominated city of Afrin, dubbed Olive Branch on January 20. As Ankara had repeatedly emphasized, the offensive was aimed at protecting the Turkish border with Syria from the terrorist presence, referring to Kurdish formations in the region: YPG and the PYD, linked to the Kurdistan Workers' Party (PKK) listed as a terrorist organization by Ankara.

Damascus, in its turn, has expressed its opposition to the Turkish operation in Afrin, slamming such actions as a violation of Syrian sovereignty.