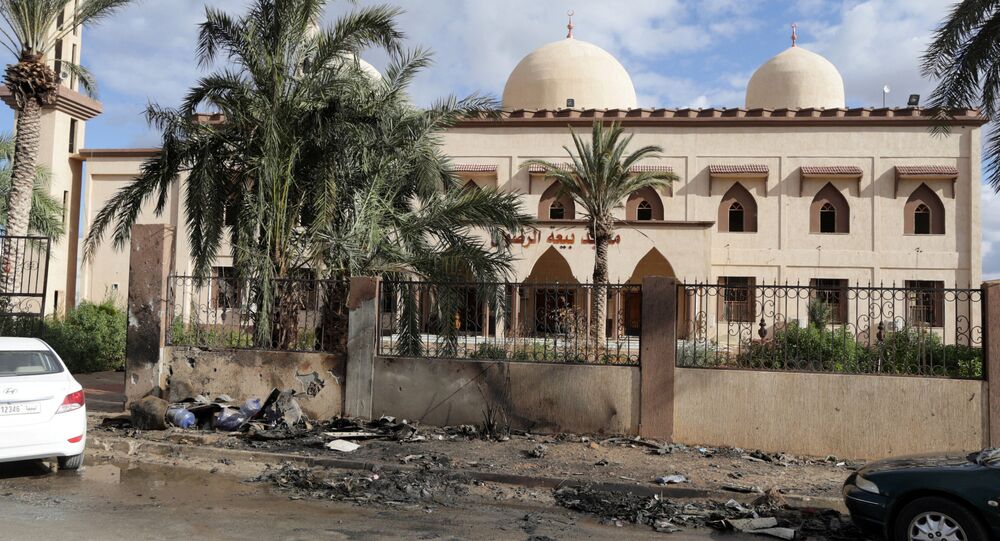 CAIRO (Sputnik) - Aguila Saleh Issa, the speaker of the Libyan House of Representatives, told Sputnik he believed that Turkey was supporting terrorism in the country.

"Terrorist organizations are behind this [explosions in Benghazi], unfortunately with the support of foreign countries, with Turkey’s support," he said.

The official was referring to the January explosion near a mosque in Benghazi following prayer time, when two bomb-laden cars exploded, killing 40 people and injuring 80.

The most recent explosion in the country occurred last week, killing two people.

According to the speaker, the Greek coastguard's seizure of a vessel carrying explosive materials from Turkey to Libya's city of Misurata in January argues in favor of his claims.

In early January, the Greek coastguard detected the Tanzanian-flagged vessel Andromeda, which was carrying explosive materials from Turkey to Libya. The ship was stopped for a check and was then transported to the port of Heraklion on the Greek island of Crete. During a search of the ship, 29 containers with explosive materials, detonators and other equipment were found, while the ship's eight-person crew was arrested.

Speaking further, Issa noted that the Libyan National Army’s operation to establish control over the city of Derna, the last stronghold of terrorists, may end this week, adding that it has been already surrounded by servicemen.

"We hope that the residents will chase these groups away themselves. The army could kick them out, but it is acting slowly in order not to harm the civilian population. I expect that this will take place in the coming days, this week," he added.

Benghazi, Libya's second-largest city, which is controlled by the Libyan National Army, led by eastern-based commander Khalifa Haftar. The LNA has been battling Islamists, including some linked to Daesh and al-Qaeda.