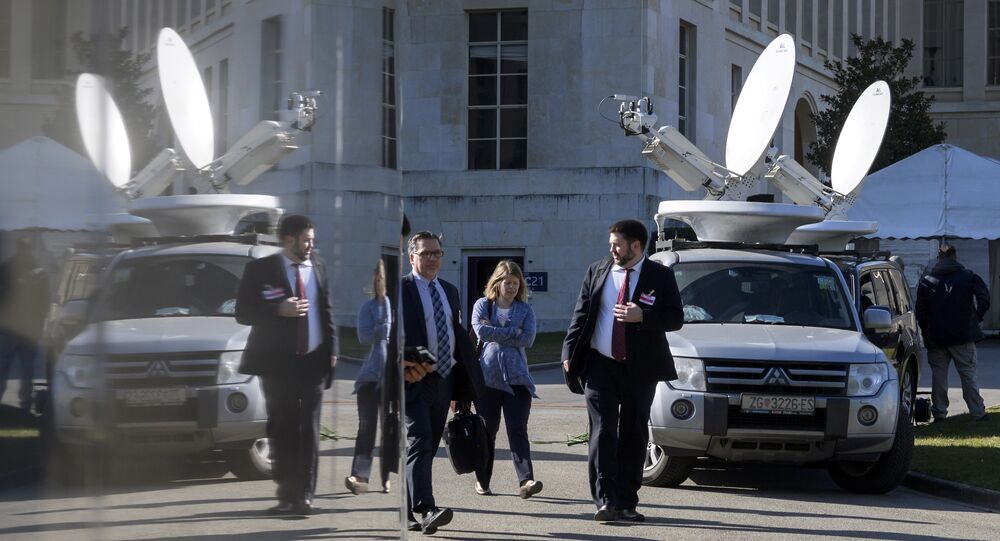 After the end a special two-day meeting on Syrian settlement in the UN headquarters in Vienna late Friday, the world is preparing for the next huge step in the peace process - the Syrian Dialogue Congress in Sochi, which will bring together over 1,500 representatives of Syrian society.

The Syrian Dialogue Congress, set to take place in Sochi on January 30, is expected to gather more than 1,500 representatives of Syrian society: opposition and pro-government forces, as well as representatives of Syria's numerous ethnic and religious groups and the delegations from states participating in the peace process, with the United Nations and several regional and international organizations present as observers.

The event will allow the participants to discuss their vision of Syria's future in a bid to advance the peace process.

Who Wants to Skip the Congress?

Russia has not yet received an official notification from the Syrian Negotiation Commission (SNC) about its decision on attending the upcoming congress, a source from the Russian Foreign Ministry told Sputnik on Saturday.

The statement came after earlier in the day, a message on the SNC's Twitter account said the group has decided not to attend the congress.

"We have sent them an invitation, now we are waiting for their response. We have not had the official information about them not attending so far, they have not contacted us to tell us that they will not be coming," the source said.

According to the source from the ministry, the information about the group's decision to boycott the congress had to be verified.

At the same time, the source said that the group's potential failure to attend the congress would not derail the event as upwards of 1,600 people were expected in Sochi in any case.

"This is a representative figure, these participants of the Congress will represent all layers of Syrian society, those who support the government, those who are neutral…. so the forum will be very representative," the source said.

SNC spokesman Yahya Aridi said during a meeting on Syrian settlement in the UN headquarters in Vienna on Friday that the group would announce its decision regarding the congress on Saturday.

Russian Foreign Ministry spokeswoman Maria Zakharova revealed on Saturday the delegations, which confirmed they would participate in the event. The Kurdish delegation is one of them, despite Turkey's protests over their participation.

"They will arrive," Zakharova told the Rossiya 1 channel when asked about the participation of the Kurds in the congress.

Notwithstanding Ankara being one of the organizers of the congress, Russian Foreign Minister Sergey Lavrov said on Monday that the Kurds had been invited to the event.

On the same day, Ankara blocked the participation of the Kurdish Democratic Union Party (PYD), following the escalation of tensions between the Kurdish militia in northern Syria and the Turkish government.

One of the most important attendees, UN Special Envoy for Syria Staffan de Mistura has also affirmed his participation.

"Moscow welcomes the decision of UN Secretary-General Antonio Guterres to send his envoy for Syria Staffan de Mistura to Sochi to take part in the work of the Syrian National Dialogue Congress," the Russian Foreign Ministry's Saturday's statement reads.

UN special envoy De Mistura in a statement at the end of marathon #SyriaTalks in Vienna expressed hope that forthcoming congress of the Syrian national dialogue in #Sochi will contribute to reviving credible intra-Syrian talks process in Geneva in accordance with UNSC Res. 2254 pic.twitter.com/UG0TPXVMDI

The Foreign Ministry has also noted that the Russian side and UN representatives have managed to agree on certain issues during the recently concluded round of intra-Syrian talks in Vienna.

"During the event, [the parties] continued the discussion on political ways to settle the crisis in the Syrian Arab Republic in compliance with the UNSC Resolution 2254 and based on the agreements reached within the framework of intra-Syrian negotiations process under United Nations auspices. A special emphasis has been made on the constitutional reform issue. [The parties] have touched upon the preparation for the forthcoming Syrian National Dialogue Congress in Sochi on January 29-30 and its possible outcome. In this regard, the Russian side and the UN representatives have reached a common understanding on the sidelines of the meeting in Vienna," the statement said.

Among the participants is expected to be Iraqi Deputy Foreign Minister Nazar Khairallah, who will head the country's delegation to the Syrian National Dialogue Congress, a high ranking diplomatic source told Sputnik Saturday.

"The decision that Iraq's high level delegation will attend the Sochi Congress has been taken. Deputy Foreign Minister Nazar Khairallah will head it," the source said.

"Speaking about the congress in Sochi, the [Lebanese foreign] minister will be represented by the ministry's political affairs director Ghadi Khoury," the ministry said.

Concerning the date for the next round of Syrian peace talks in Geneva, opposition Syrian Negotiation Commission (SNC) spokesman Yahya Aridi told Sputnik Saturday that it has not yet been set and will depend on the United Nations and Russia.

"Actually, this depends on the UN and, at the same time, on Russia… No, we don’t have any specific date. But I think when the international community and Russia are willing and determined to find a political solution, we believe that they would call for a round and for serious talks," Aridi said.

A special two-day meeting on Syrian settlement in the UN headquarters in Vienna wrapped up late Friday. Both the Syrian government and the SNC took part. The meeting, which was held within the framework of the UN-facilitated Geneva political process, moved to the premises of the United Nations in Vienna from the UN headquarters in Geneva, where it has been held previously, due to "logistical reasons."

The Vienna round focused on discussing the constitutional "basket," namely the composition of a committee that would be tasked with rewriting the Syrian constitution, according to UN Special Envoy for Syria Staffan de Mistura.

The most recent eighth round of Geneva talks finished in December failing to reach any breakthrough in the negotiations and with no sign of progress, as Damascus called the opposition's demand of Syrian President Bashar Assad's resignation unacceptable, while the opposition refused to change its demands.

Meanwhile, a group of five — the United States, France, Saudi Arabia, Jordan, and the United Kingdom have prepared a document on the Syrian peace process, which leaked to media.

As SNC head Nasr Hariri told reporters on Saturday, the opposition SNC was still studying the paper, but opinions vary.

"In general we welcome any proposals which lead to the implementation of the [UNSC] resolution 2254. We are studying the document, there are both positive and negative impressions of it. This is all now being discussed," Hariri told reporters.

However, the document was criticized by the head of the Syrian government delegation Bashar Jaafari and the Moscow platform of the Syrian opposition on Friday. The paper reportedly contains some recommendations to UN Syria envoy Staffan de Mistura on how to change the intra-Syrian talks under the UN auspices in order to facilitate the process. According to Jaafari, it undermines the Geneva process and Syrian National Dialogue Congress in Sochi.

The Moscow platform of the Syrian opposition said Friday that the non-paper violates the Syrian people's right to self-determination, and contradicts the UN Security Council resolution 2254.