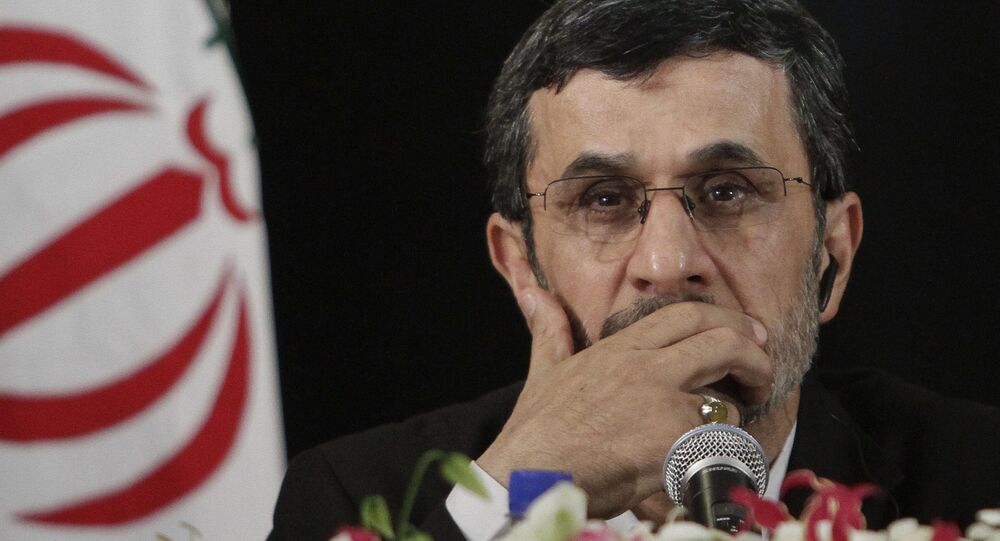 Reports are coming out of Tehran that ex-Iranian president Mahmoud Ahmadinejad has been arrested for contributing to widespread unrest in the country that has seen at least 22 killed.

© AP Photo
Iran Envoy to UN: Tehran Has 'Hard Evidence' Protests Incited From Abroad
A series of unconfirmed reports allege that the former Iranian president had been detained and placed under house arrest following allegations that he either supported or incited unrest that has rocked the Middle Eastern nation since late December 2017.

Allegations were published Saturday by the London-based media outlet Al-Quds Al-Arabi citing what they termed "reliable sources in Tehran."

Ahmadinejad, while visiting the western Iranian city of Bushehr on December 28, was quoted by the news outlet stating that "Some of the current [Iranian] leaders live detached from the problems and concerns of the people, and do not know anything about the reality of society," cited by the Times of Israel.

The former Middle Eastern leader — in office 2005-2013 — is alleged by the newspaper to have implied that the current administration in Tehran is a government of "mismanagement" and that current Iranian President Hassan Rouhani's officials "believe that they own the land and that the people are an ignorant society," according to Timesofisrael.com.

A quick response by Rouhani's government has seen hundreds of protesters arrested and the creation of well-attended pro-government rallies in Tehran and other cities.

Government officials in Tehran have blamed the unrest on foreign meddling, particularly on US, Saudi Arabian, and Israeli actors.