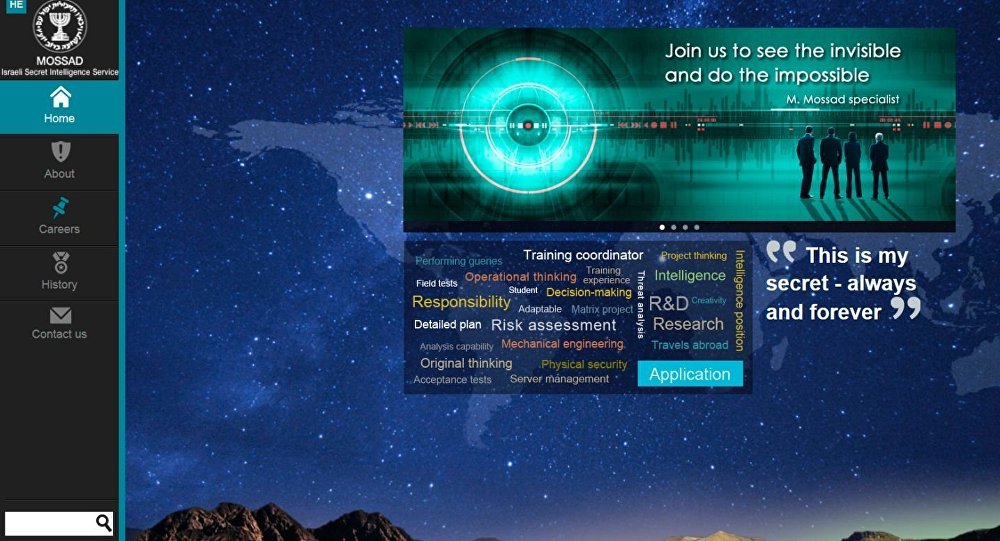 Israel's spying agency has taken to a leading social network in an effort to boost its numbers - but somehow, it isn't nearly the strangest method of recruitment adopted by an intelligence service in history.

"Publicizing our jobs on Facebook will enable us to recruit more efficiently, with access to a wider population, in order to choose the most suitable candidates," said the Mossad in a statement.

As of this tweet, we have exactly 0 followers on our Facebook page. Agents! Go forth and Like!https://t.co/bNfrpF7stw

The Israeli spying agency recruits candidates in number of fields, including intelligence, technology, computing and logistics — in July, it even advertised for a position for an experienced tailor.

"We require a fabric and leather tailor to create and sew high-quality leather products. The applicant must have at least three years experience in leather tailoring and tailoring with other materials as well," read the notice on its careers page.

The move is not perhaps the most outlandish method of recruitment employed by an intelligence service — throughout history, covert agencies the world over have engaged in highly unusual, imaginative and perhaps even morally questionable tactics to recruit agents.

For instance, the British intelligence service GCHQ is increasingly turning to the skills of younger, more digitally literate potential recruits who might otherwise be drawn to the ranks of companies such as Facebook and Google.

Genuine #GCHQ pavement ad spotted in Shoreditch, London. Come and be a spook! The Times pic.twitter.com/oWUh52GkTM

​As well as embedding job advertisements in online games, the service has previously been exposed planting stenciled ads using invisible ink on London pavements that become visible when exposed to the rain. For the stunt, the agency faced fines for vandalism.

© CC0
'Once They've Got Leverage, They'll Use It': Profumo and Other Honey Traps

Meanwhile, a KGB manual, recounting observations of US spies in Europe, noted the vulnerability of the wives of American agents — they were known to turn to alcoholism and affairs with other men while their husbands were on assignment.

© CC0
The Profumo Affair: A German Mata Hari and a Fascist Father (PHOTOS)

It also suggested simply bribing US officials — although was careful to note such efforts may be extremely expensive.

"The American soberly regards money as the sole means of ensuring personal freedom and independence, of making it possible for him to satisfy his material and spiritual needs. In the average American, this attitude toward money engenders an indifference to the means by which it is obtained. At the same time, it should be kept in mind that the relatively high standard of living is maintained by plundering the peoples of other countries. Therefore, it would be wrong to assume that an employee of a U.S. government institution can be encouraged to collaborate with Soviet intelligence for a pittance," the manual read.