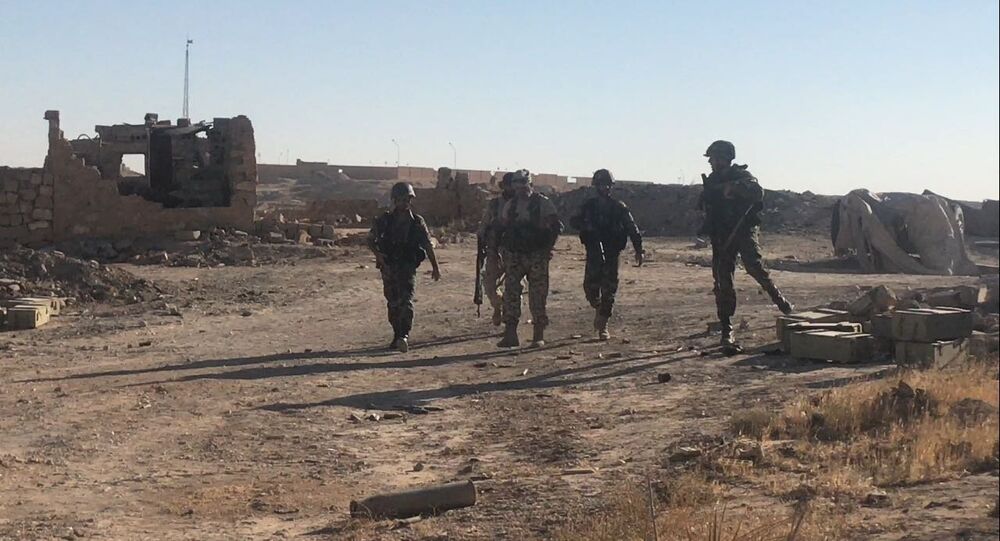 Syria is almost liberated from Daesh and the remaining Islamist militants had been defeated in Deir ez-Zor. However, not only militants were killed during the operation.

BEIRUT (Sputnik) — On December, 14 the Syrian Foreign Ministry sent a letter to the UN Security Council and to UN Secretary General Antonio Guterres accusing the US-led coalition against Daesh (banned in Russia) of killing civilians in the province of Deir Ez-Zor by airstrikes, local media reported.

© Sputnik / Michael Klimentyev
The Ball is in the US' Court as Russia Withdraws Troops From Syria – Analysts
The day before, the US-led coalition's jet reportedly hit residential areas in the settlement of Jurze Sharqi in the province of Deir Ez-Zor, killing at least 24 civilians and causing significant material damage.

According to the civil authorities quoted by official Syrian Arab News Agency (SANA), "at least 23 civilians, mostly children and women, were killed on Wednesday evening by airstrikes carried out by the US-led international coalition." The houses and other properties in the village were also damaged.

Another #US Massacre: At least 23 #Civilians mostly #Children and women were killed by airstrikes carried out by the #US-led coalition targeting the village of Al-Jurze in the eastern countryside of #DeirEzzor,#Syria. pic.twitter.com/hajbWwt9Si

According to the Syrian Arab News Agency, the ministry condemned the airstrike and suggested that the coalition was protecting Daesh militants as they retreated to safe havens under the pretext of fighting them.

However, the ministry stressed that at the same time the Syrian Army and its allies were successful in fighting terrorists.

The US-led coalition has been conducting airstrikes against Daesh in Syria and Iraq since 2014. The strikes in Syria are not authorized by the government of President Bashar al-Assad. Russia has been carrying out strikes against terrorists in Syria at the official request of Damascus.