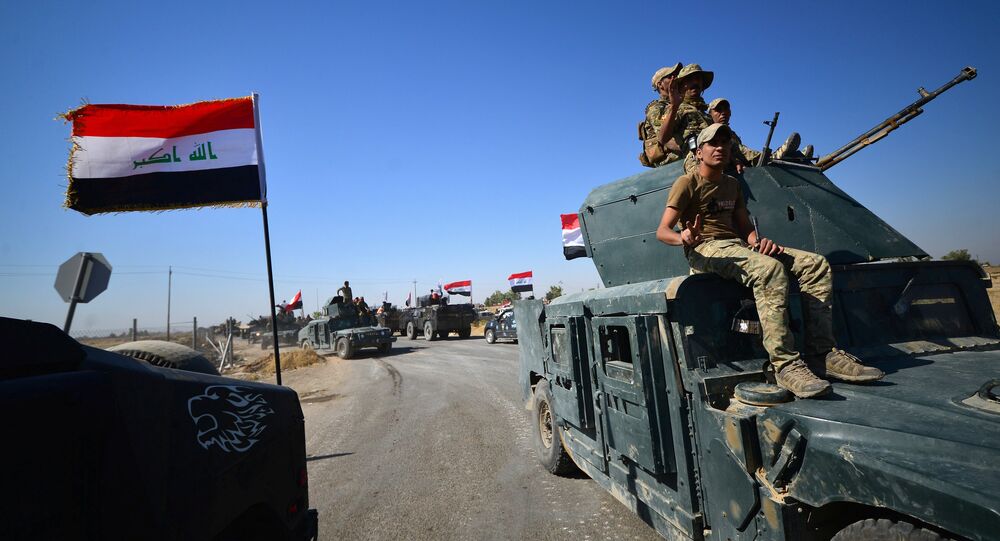 Iraqi forces have completed a yearslong operation against Daesh the same week the Syrian Army freed its country from terrorists.

BAGHDAD (Sputnik) — Iraqi Prime Minister Haider Abadi has declared the end of the country's fight against Daesh after Iraqi troops had gained complete control over the border with Syria.

According to the top official, Daesh was defeated by Iraq due to the country's unity and determination.

The statement comes two weeks after the launch of an operation to clear the governorates of Al Anbar, Saladin and Nineveh on the border with Syria of Daesh terrorists.

© CC BY 2.0 / Wikileaks Mobile Information Collection Unit / Wikileaks Truck
CIA's Pompeo Blasts WikiLeaks, Warns Iran Against Attacking 'US Interests in Iraq'
Daesh invaded Iraq back in 2014, seizing Mosul, the country's second biggest city, and making it the group's capital in Iraq, prompting the country's forces supported by the US-led coalition to launch an operation to free the territories a year later. In summer of 2017, the Iraqi forces regained control over Mosul, while later in November, over the town of Rawa, the last Daesh stronghold in the country.

Separately, this week marked the announcement of the complete defeat of Daesh in Syria, with the Russian Chief of the General Staff announcing the victory after the government forces had cleared an area near the Euphrates River of terrorists.