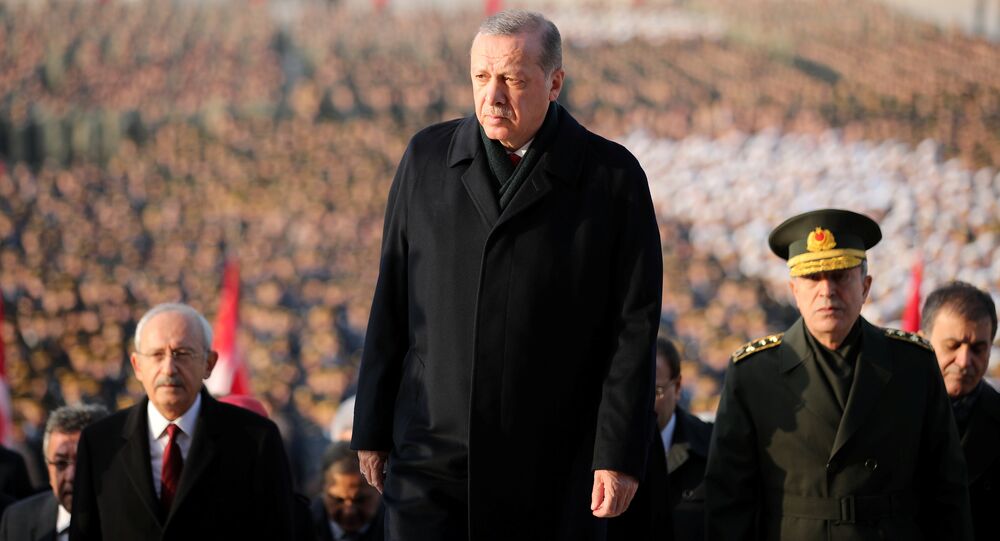 The Turkish president goes on the defensive as charges mount in Ankara international corruption case.

The Turkish Republican People's Party (CHP), the primary political opposition to the dictatorial Erdogan's Justice and Development Party (AK Parti), has released documents that allegedly reveal large-scale money transfers by the Turkish president — and his representatives — to British-held offshore tax havens, in what many in Ankara have said are an outright theft of the nations funds.

The embattled Turkish president quickly went on the defensive, claiming that documentation detailing millions of dollars of transfers made by members of his inner circle to offshore accounts were fake and calling CHP representatives liars, cited by Middle East Eye.

CHP spokesman Bulent Tezcan, during a Friday news conference held within the Turkish parliament, detailed the allegations against Erdogan and his coterie, suggesting openly that the transfers could only serve to facilitate two needs: "money laundering or tax evasion."

The publicly-made allegations include bank receipts detailing some $15 million transferred between Bellway Limited, a shell corporation created by an unnamed person or persons in 2011 in the UK-owned Isle of Man — a known tax haven for the wealthy — and members of Erdogan's inner set.

The new charges follow hot on the heels of testimony by Turkish gold trader Reza Zarrab involving former ministers of Erdogan's administration who are criminally charged with evading government sanctions so as to profit in the trade of precious metals, as reported by the Middle East Eye.

Erdogan earlier declared that if the allegations were proven to be true, he would resign, and threatened CHP head Kemal Kilicdaroglu, claiming that the latter would "pay the price."

Most Turks Think Ankara Can Do Without NATO - Poll