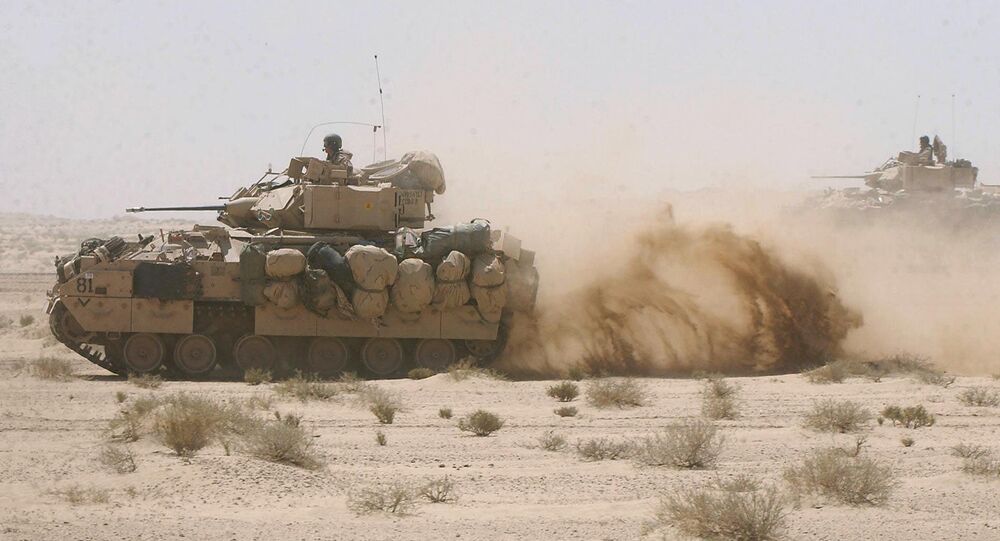 US President Donald Trump and Turkish President Recep Tayyip Erdogan have discussed the purchase of military equipment from the United States, the White House said in a release on Friday after the phone conversation between the two leaders.

Donald Trump has also notified Turkish President about pending changes to the military support that the United States is providing to allies on the ground in Syria, the White House said.

"Consistent with our previous policy, President Trump also informed President Erdogan of pending adjustments to the military support provided to our partners on the ground in Syria, now that the battle of Raqqa is complete and we are progressing into a stabilization phase to ensure that ISIS [Daesh] cannot return," the release said.

© REUTERS / Kevin Lamarque
Trump Tells Erdogan He Ordered to Stop Arms Supplies to Syrian Kurds - Ankara
According to White House, Donald Trump and Recep Tayyip Erdogan have also touched upon the importance of the Geneva process on Syria and the necessity to implement UN Resolution 2254.

"On Syria, the two leaders discussed the importance of implementing United Nations Security Council Resolution 2254 and supporting the United Nations-led Geneva Process to peacefully resolve the civil war in that country," the release said on Friday. "President Trump and President Erdogan underscored the need to end the humanitarian crisis, allow displaced Syrians to return home, and ensure the stability of a unified Syria free of malign intervention and terrorist safe havens."

In addition, the release said that "The leaders also discussed the purchase of military equipment from the United States."

Meantime, Erdogan's office posted a statement on the presidential website. The document says that US President and Turkish leader have also agreed to fight against Daesh and other terrorist entities jointly.