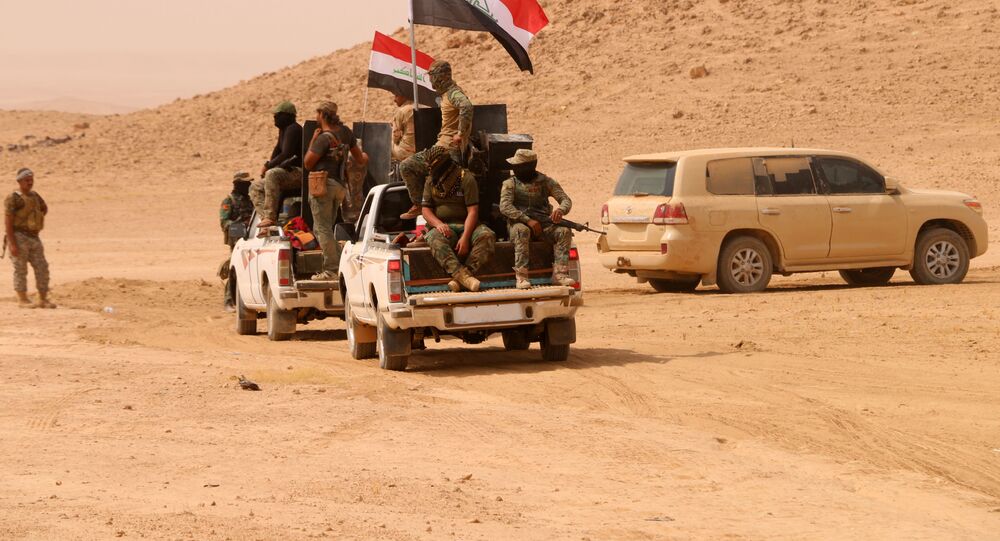 Syrian National Congress to Give Impetus to Geneva Process - Lavrov

Th Syrian National Dialogue Congress was expected to take place in Russia in mid-November. At the same time, the eight round of intra-Syrian talks set to begin on November, 28. Several meetings have been held recently, anticipation the forthcoming events.

Russian Foreign Minister Sergei Lavrov said the Syrian National Dialogue Congress encourage UN colleagues to use this momentum for the "revitalization of the Geneva talks on the settlement in Syria."

Moreover, Lavrov noted that the preparations for the Congress were underway.

UN Special Envoy for Syria Staffan de Mistura and Russian Deputy Foreign Minister Gennadiy Gatilov met on Tuesday to discuss the next round of Syrian talks in Geneva, the envoy's press service said in a statement.

He informed de Mistura in detail of the Syrian national dialogue congress expected to be held in Russia's southern Black Sea resort of Sochi in December, adding that the congress could last a few days.

"He took our initiative with understanding and said that he would report to the UN Secretary General, after which they will decide on the level of their participation," Gatilov said.

The press service added that the envoy intended to continue talks with international actors in the period prior to the talks.

Meanwhile, Damascus hopes that the Congress of National Dialogue of Syrians will help to promote the Syrian political settlement's process and address the issues of the future Syrian constitution, Syrian Ambassador to Russia Riyad Haddad said Tuesday.

"We are convinced that the Congress of National Dialogue of Syrians will become a main step in resolution of the Syrian issue in near future," he said at a meeting with Russian lawmakers.

© REUTERS / Omar Sanadiki
Russian Deputy FM, de Mistura to Discuss Syrian National Dialogue Congress
The Syrian National Dialogue Congress was expected to take place in the Russian Black Sea resort city of Sochi in mid-November, however, it might take place in December, as a Syrian opposition source told Sputnik on Tuesday. The event will bring together a vast number of opposition and pro-governmental forces, as well as representatives of all ethnic and religious groups.