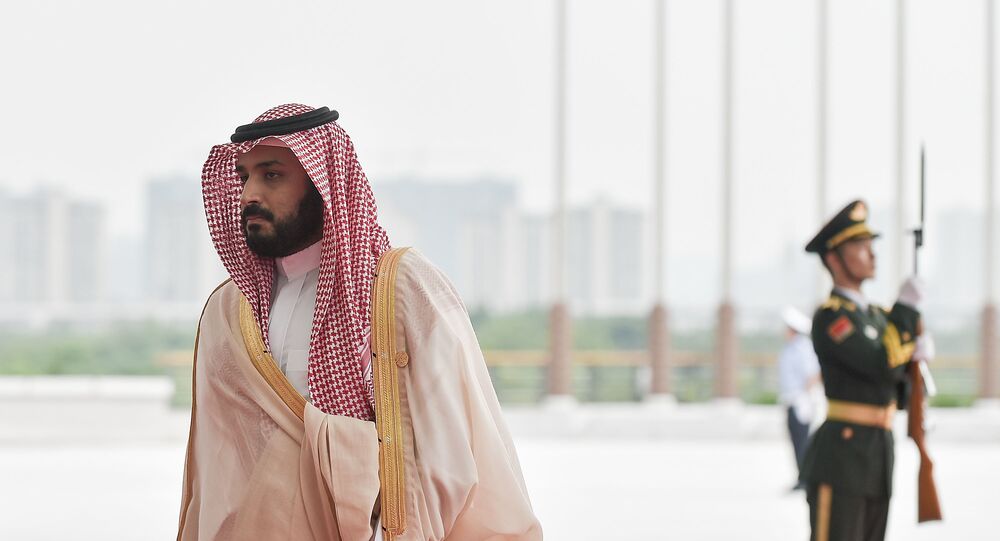 Earlier in the day, the Saudi Crown Prince has slammed Iranian Supreme Leader Ali Khamenei as the "Hitler of the Middle East."

Iran has reportedly called Crown Prince of Saudi Arabia Mohammed bin Salman "immature and weak-minded," claiming that he "follows the path of regional dictators" and calling on him to "think about their fate."

According to Iranian state TV, Foreign Ministry spokesman Bahram Qasemi has stated that the Saudi Crown Prince has been discredited in the international arena.

Iran has lashed out at the successor of the Saudi throne after he had stated in an interview with The New York Times that Iran's supreme leader "is the new Hitler of the Middle East," adding that Riyadh doesn't want Ayatollah Ali Khamenei to "repeat what happened" in Europe and the region.

Previously, Saudi King Salman bin Adulaziz Al Saud has called Iran — the country's main rival in the region — the main sponsor of terrorism, in a claim repeatedly denied by Tehran that assists Syria in the fight against terrorism as groundless. The statement came in the wake an emergency meeting of the Arab League called by Saudi Arabia to discuss alleged Iran's "interference" in regional countries' domestic affairs, during which Foreign Minister Adel al-Jubeir stated, "We will not stand idly by in the face of Iran’s aggression."

© REUTERS / President.ir
Rouhani Warns Saudi Arabia of Iran's 'Might' in Wake of Houthis' Missile Launch
Extreme tensions between Saudi Arabia and Iran date back to January 2016, when Riyadh broke off diplomatic relations with Tehran after attacks on its diplomatic missions in Tehran and Mashhad, provoked by the execution of top Iranian Shiite cleric Sheikh Nimr al-Nimr, along with 42 other people convicted of terrorism, by the Kingdom.

The bilateral relations have further deteriorated in the wake of the Yemeni Houthi rebels' missile launch targeting Riyadh, with Riyadh accusing Iran forallegedly providing Houthis with weapons, and Tehran refuting the allegations and emphasizing that Riyadh was wrong to consider the Islamic Republic its "enemy."