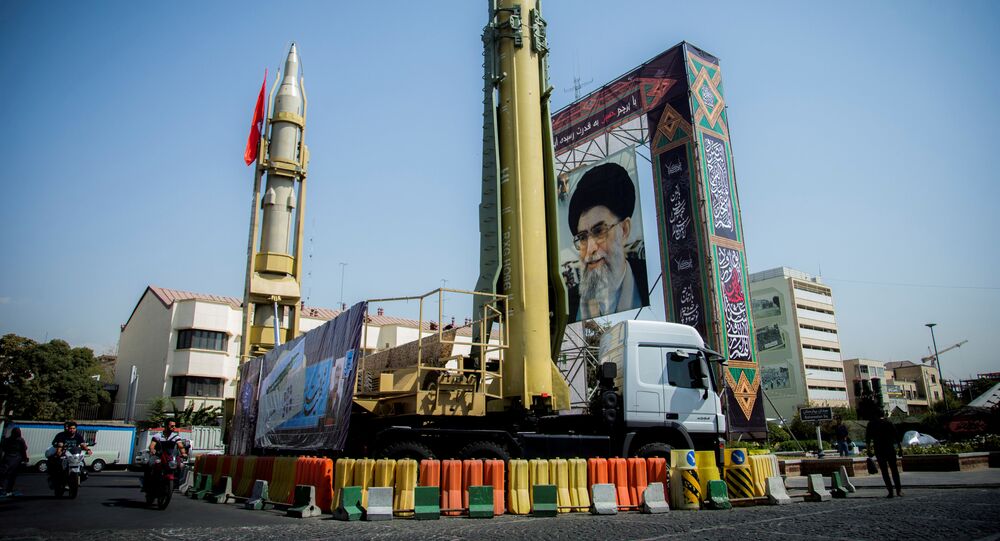 'It's Not Negotiable': Tehran on Macron's Call for Talks on Its Missile Program

The Iranian Foreign Ministry has responded to the call of the French President to hold talks on the country's ballistic missile program, firmly rejecting the idea and noting that it is solely defensive in nature.

Iranian Foreign Ministry spokesman Bahram Qassemi has rejected any possibility of negotiations on the country's ballistic missiles. The diplomat stressed that the country's missile program is designed for its defense and has no relation to a nuclear agreement with the world powers.

"France is fully aware of our country's firm position that Iran's defense affairs are not negotiable," he said in a statement posted on the ministry's website on Sunday.

"We have told French officials repeatedly that the nuclear deal is not negotiable and other issues will not be allowed to be added to it."

The comments come in response to French President Emmanuel Macron, who said that there is a need to start negotiations regarding Iran's ballistic missiles. During his visit to Dubai on Thursday, he referred to a missile which was fired from Yemen and intercepted by Saudi Arabia earlier this month.

Iran rejected on Sunday a call by French President Emmanuel Macron for talks on Tehran's ballistic missiles, saying they were defensive and unrelated to a nuclear agreement with world powers.

​The French leader alleged that it was "obviously an Iranian missile," which "shows precisely the strength of their program." He then mentioned that "there are extremely strong concerns about Iran" among its Arab neighbors in the Persian Gulf.

The National Security and Foreign Policy Committee of the Majlis, the Iranian parliament, also responded to the French President.

On Friday, Hossein Naqavi Hosseini, the spokesman of the committee, said that Macron’s remarks were an example of intervention in the internal affairs of Iran, according to the Tehran Times newspaper.

READ MORE: US Envoy to UN Accuses Iran of 'Providing Weapons to Houthis in Yemen'

Iran is being accused by the US, Saudi Arabia and its allies of allegedly supplying missiles and other weapons to Yemen's Houthi rebels.

The US Air Force has recently claimed that it was Tehran that had provided Yemen's Houthi rebels with their missile capabilities before the launched an attack on Saudi Arabia on November 4.

Tehran denies the charges and blames the conflict on Riyadh.