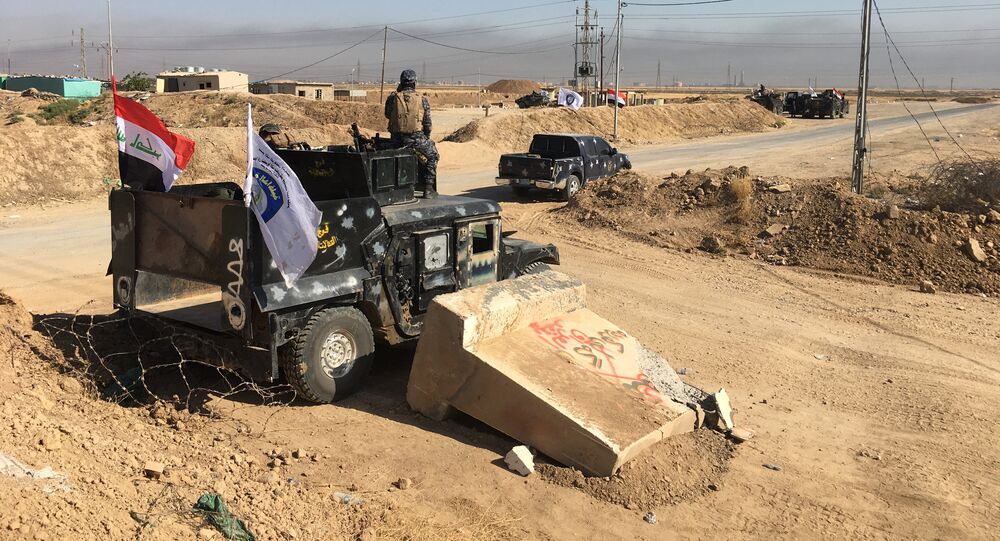 An Iraqi Kurdistan energy official has told Sputnik about how the recent capture of the oil-rich Kirkuk region and escalated tensions over recent months have influenced the oil market.

"We lost 50 percent of all of our revenues from oil after the Iraqi Army … came," Dilshad Shaaban, deputy head of the energy and natural resources committee in the Kurdistan Parliament, told Sputnik.

Tensions in the area have been escalating since the Kurdish referendum on independence that was held on September 25, which had resulted in more than 90 percent of Kurds favoring secession from Iraq. Baghdad has opposed the referendum and launched an offensive to recapture the Kurdish-held disputed areas of the country.

According to recent statements made by the Moscow office of the Kurdistan Democratic Party, the authorities of Iraqi Kurdistan and the Iraqi government are still negotiating on the status of the region and future actions.

Dilshad Shaaban has explained why the Iraqi government and the UK oil and gas company BP should come to an agreement with Russia's Rosneft and Iraqi Kurdistan to start pumping oil from the Kirkuk field through a pipeline to Turkey.

"The Iraqi government and BP will not be able to start working and deliver Kirkuk oil to Turkey without cooperation with Rosneft and the Kurdish government. Rosneft's stake in the Iraqi Kurdistan pipeline is 60 percent. That's why, BP must simply agree with Rosneft on the joint development of deposits in Kirkuk and the subsequent transportation of oil to the Turkish port of Ceyhan," the lawmaker said.

According to Shaaban, the Kurdish government retained control over the Fish-Khabur border crossing, which was the only point through which oil could be transported to Turkey, as the Iraqi oil pipeline was destroyed by terrorists, and, therefore, Baghdad needed to agree with Erbil on the issue.

Earlier, the Iraqi Oil Ministry had asked Rosneft to clarify its position on contracts with Iraqi Kurdistan amid escalating tensions in the region, with the Russian company responding that it had clarified all necessary issues.

Baghdad's Position on the Issue

Dilshad Shaaban has clarified that all contracts that have been signed by Iraqi Kurdistan’s government and foreign oil companies, including Russia’s Rosneft, are concluded in compliance with the Iraqi constitution. The extension of Erbil’s cooperation with foreign oil companies has been strongly criticized by Baghdad, which considers all deals not concluded by the central government illegitimate.

“All the contracts signed by the government of Iraqi Kurdistan, including the one with Rosneft, have been concluded in accordance with the Iraqi constitution and laws adopted by the parliament of Kurdistan,” Shaaban, who is also a member of the ruling Kurdistan Democratic Party (KDP), said.

The lawmaker noted that all statements related to the ineligibility of the deals were “politicized and have no legal grounds.”

“The problem is that since the adoption of the constitution in 2005 there has been no law on oil and gas in Iraq. Kurdistan’s Parliament, on the other hand, adopted law 22 related to oil and gas, which is based on the Iraqi constitution and stipulates all the tools to conclude contracts,” Shaaban said.