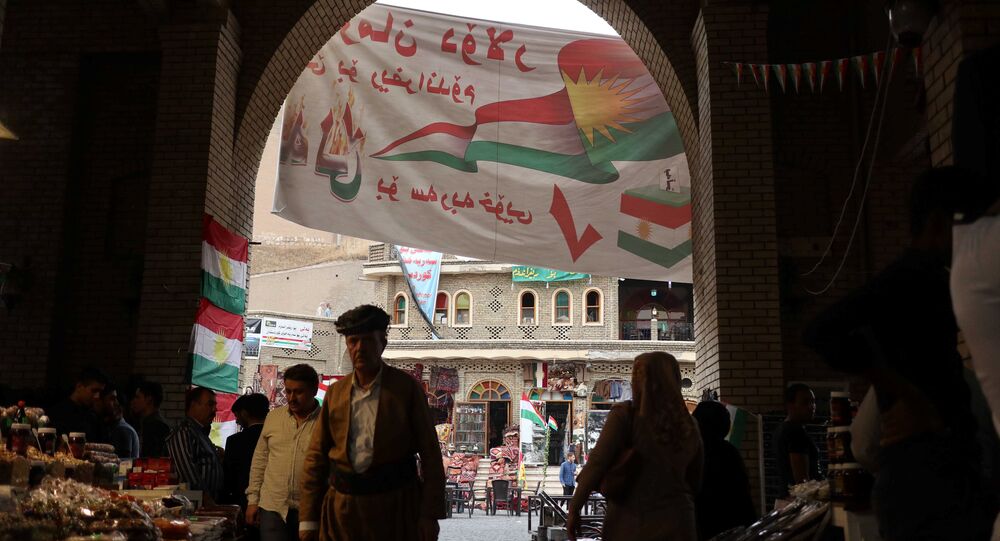 The Kurdistan Regional Government has offered Iraq's central government a ceasefire and to start a bilateral dialogue, expressing readiness to "freeze" the results of the region's independence referendum.

MOSCOW (Sputnik) — According to the statement, the clashes between Iraqi troops and the Kurdish Peshmerga units would not hand victory to anyone, but would have a negative impact on both sides and would "drive the country towards disarray and chaos."

© AFP 2020 / AHMAD AL-RUBAYE
Erbil Urges Baghdad to 'Immediately' Withdraw Troops From Iraqi Kurdistan Territories
The tensions between Baghdad and Erbil escalated after the September independence vote held in Iraqi Kurdistan as well as disputed areas like the Kirkuk province. In October, Baghdad in cooperation with Shia militias launched an operation to tighten control over Kirkuk.

At the referendum held on September 25, over 90 percent of the voters supported secession from Iraq. Baghdad, however, deemed the vote illegal and introduced a number of restrictive measures against Erbil.