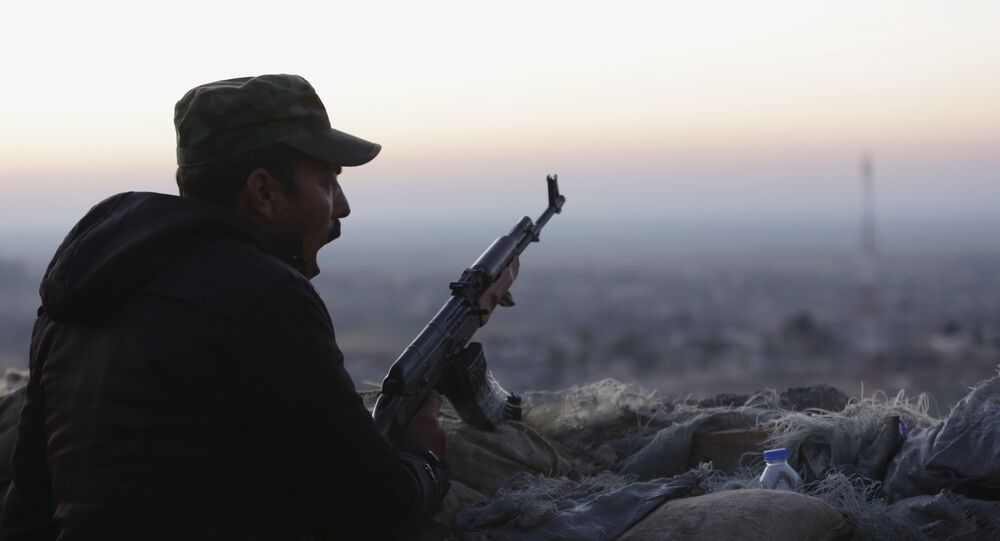 "At approximately 02:30 [local time, 23:30 GMT] they attacked Peshmerga Forces from two fronts … in the South of Kirkuk, using US military equipment, including Abrams tanks and Humvees [a light military truck]," Iraqi Kurdistan’s Security Council said in a statement, adding that at least five US Humvees used by the Shiite Popular Mobilization Forces (PMF, or Hashd Shaabi) were destroyed by the Peshmerga.

Earlier in the day, Hemin Hawrami, a senior assistant to Kurdish President Masoud Barzani, said the Peshmerga had destroyed four Humvees that were trying to enter the province of Kirkuk from the south.

"Peshmerga will continue to defend Kurdistan, its peoples and interests," the Security Council added.

Kurdish television channel Rudaw reported earlier in the day, citing a Peshmerga commander, that at least seven members of the PMF were killed during clashes in Kirkuk.

A significant amount of Peshmerga forces from Erbil have been brought in to Kirkuk as reinforcementshttps://t.co/50sDhhfZ7j pic.twitter.com/sVz3ez8qnP

In 2014, Peshmerga liberated the oil-rich province of Kirkuk from the terrorists of Daesh (banned in Russia). Since then, the region has been controlled by Kurdish authorities. Abadi received the parliament’s approval to deploy troops to Kirkuk after the Kurdish independence referendum on September 25, which was declared illegal by Baghdad. Kirkuk held the vote too, despite not being a part of Iraqi Kurdistan.

President #Barzani to the #Peshmerga forces: If they attack you, teach them a lesson that they never forget.#Kirkuk #KurdistanBlockade pic.twitter.com/nXZ8OpxyDa