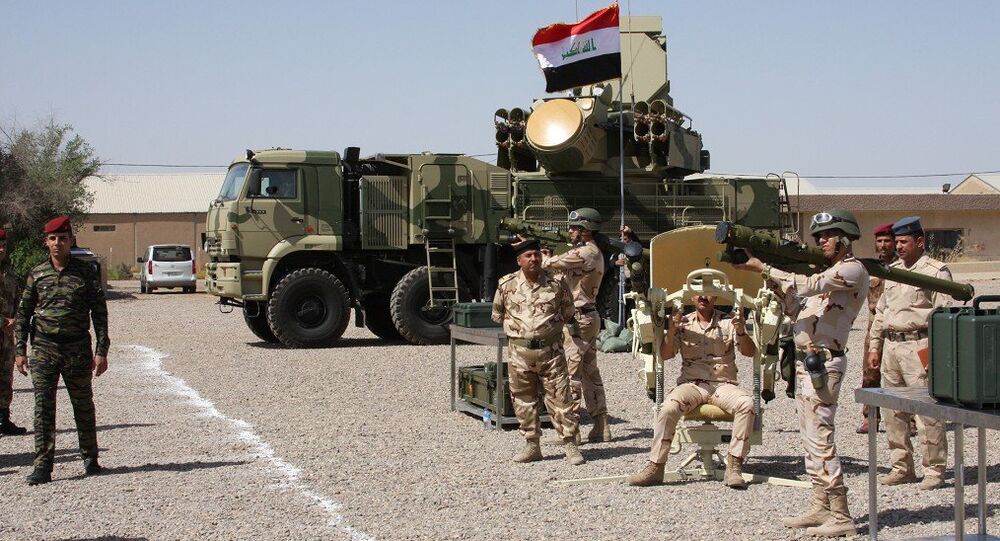 Iraq's Prime Minister Haider Abadi has announced he did not want an armed conflict with Iraqi Kurds but said they should obey Baghdad authorities in the wake of the controversial referendum on independence in the autonomous region.

PARIS (Sputnik) — Haider Abadi said that Baghdad respects "ambitions" of Kurdish citizens but stressed that the authority of the federal government should extend to all regions of Iraq.

"I ask the Peshmerga to cooperate with the Iraqi Armed Forces, like they did in Mosul earlier," Abadi said at a joint news conference with French President Emmanuel Macron.

Tensions between the federal government and Iraqi Kurdistan have been escalating over the recent weeks because of the Kurdish referendum on independence that was held on September 25. The Kurdistan people have voted overwhelmingly for independence, with the final percentage of who voted yes exceeding 90 percent.

© AP Photo / Francisco Seco
Viva la Independence: Iraqi Kurdistan Backs Catalonia’s Independence Aspirations
Iraqi authorities said that the referendum was not legitimate and stressed that they would not conduct talks with the authorities of Iraqi Kurdistan on the issue of the vote. Baghdad has also taken a number of measures to prevent the region from declaring independence. Earlier this week, the Iraqi parliament gave a mandate to the prime minister to deploy troops in the oil-rich province of Kirkuk.

Meanwhile, Peshmerga Commander Sirwan Barzani has said the militia is ready to repel any attack on Iraqi Kurdistan amid deadlock over the vote with the federal government.