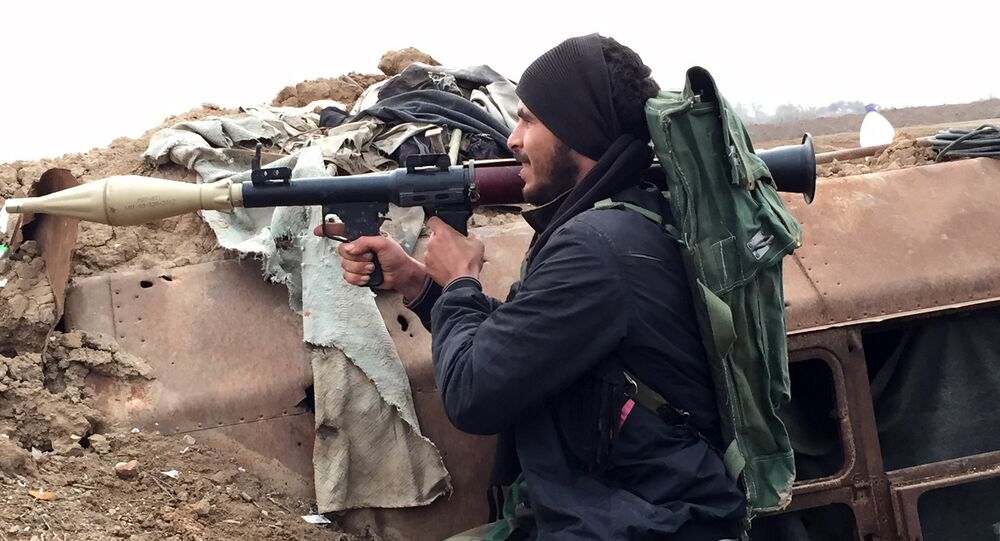 Syrian President Bashar Assad congratulated Deir ez-Zor defense commanders with the victory in the fight for Deir ez-Zor, which has been besieged by Daesh for three years.

DAMASCUS (Sputnik) — Syrian President Bashar Assad, in a telephone conversation with Deir ez-Zor defense commanders, congratulated the city's defenders on the lifting of a three-year blockade organized by the Daesh terrorist group, the Syrian presidential press service said in a statement Tuesday.

"It will be recorded in history how you, despite your small number, sacrificed the most valuable for the sake of civilians… Today, you and your friends fought shoulder to shoulder to lift the siege of the city," the statement quoted Assad as saying.

Russian Vladimir Putin sent a telegram congratulating Assad on the success of the Deir ez-Zor operation conducted by Syrian army on the ground assiated by Russian airstrikes.

"President Putin sent a telegram to the President of the Syrian Arab Republic Assad, in which he highly praised this strategic victory and congratulated the Syrian president on this important step towards the liberation of the territory of Syria from terrorism," Kremlin spokesman Dmitry Peskov said.

Earlier in the day the three-year siege of the city of Deir ez-Zor has been broken due to the Syrian government forces' operation.