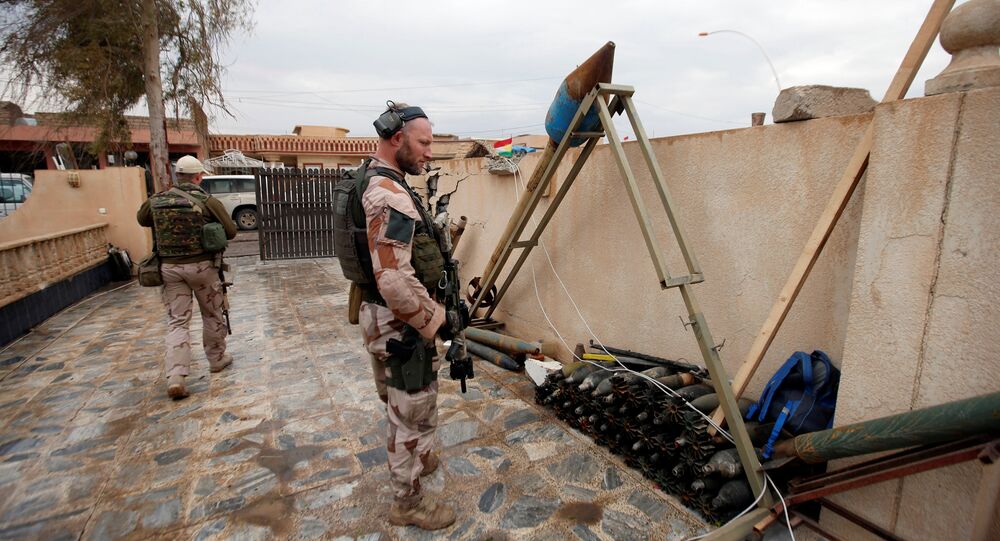 US forces have set up a military base in the vicinity of the besieged city of Tal Afar, located west of Mosul in an effort to join the Iraqi forces to liberate the city from Daesh. Sputnik Turkey spoke with a representative of the Turkmen militia in Iraq, deputy of the Iraqi Kurdistan regional parliament about this development.

© AFP 2020 / AHMAD AL-RUBAYE
Baghdad Expects 'Easy' Battle for Daesh-Held Tal Afar After Liberating Mosul
On August 2, Kurdish broadcaster Rudaw reported that the Iraqi military had launched an operation to retake Tal Afar from Daesh. However, the Iraqi authorities have not yet confirmed the mission.

According to information received by Sputnik from sources in the Iraqi army, the US military is currently stationed in vicinity of the city of Tal Afar, preparing for the upcoming battle.

Aydın Maruf, a Representative of the Turkmen Popular Front in Iraq, Member of the Parliament of the Regional Administration of Iraqi Kurdistan spoke to Sputnik Turkey in an interview about how the US forces are preparing to participate in the liberation of Tal Afar.

“In preparation for the operation for the liberation of Tal Afar, the US is creating a military base near the city. The US military will take part in this operation and they will work together with the Iraqi army,” Maruf said.

He further said that smaller number of militias such as Hasd Al-Shaabi and a larger number of members of the Kurdistan Workers' Party are set to participate in the liberation of Tal Afar together with the US forces.

“There is no single military force in the region. Tal Afar has been in a besieged position since the operation to liberate Mosul. We want the operation to start as soon as possible,” he said.

He further said that more than 400,000 Turkmen, natives of Tal Afar, cannot return to their homes because of the presence of Daesh in the city.

“The UN, as well as other human rights and humanitarian organizations, should also initiate a process of providing assistance to the inhabitants of Tal Afar,” Maruf concluded.

US Building Base in Near Daesh-Held Tal Afar - Iraqi Military