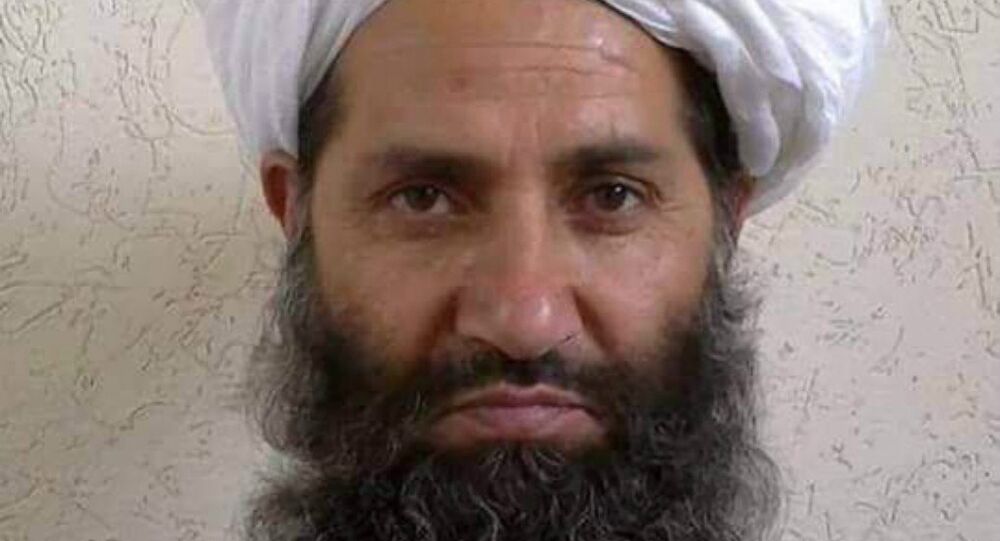 The head of the Taliban in Afghanistan on Friday released a statement calling on the US and NATO to pull their troops from the country.

© CC BY 2.0 / The U.S. Army / US Troops in Afghanistan
US to Pour 4K More Troops Into Afghanistan as Daesh Takes Over Taliban Caves
Mullah Haibatullah Akhundzada, who was appointed chief of the militant movement after the Taliban's former leader was killed in a US drone strike, addressed Washington in an official message issued on the eve of the Eid al-Fitr festival that marks the end of the Muslim holy month of Ramadan.

The message repeated remarks made by Akhundzada nearly a year ago in his first public address after taking charge of the insurgent group, when he said that the first step toward reuniting Afghanistan would be for "the American invaders" to "put an end to the occupation" of the country.

"The occupation is the main obstacle in the way of peace," Akhundzada's Friday statement read, as reported by Deutsche Welle.

"The more [the United States] insist on maintaining the presence of their forces here or want a surge of their forces, the more regional sensitivity against them will intensify."

Akhundzada blamed the US and its allies for jeopardizing stability in the region with their presence, but added that constructive diplomatic relations could become a reality after his demands are met.

"The solution of the Afghan issue through peaceful means is part and parcel of the policy of the Islamic Emirate, should the occupation come to an end," he said.

The statement follows a confirmation by a White House official that the Pentagon will deploy an additional 4,000 troops to Afghanistan in hopes to end the stalemate the war there has settled into.

"If you think that you may break our determination with your military presence and surge of troops, you are making a mistake," Akhundzada's message read.

"Americans should understand that continuation of war in Afghanistan, upsurge of bombardment… will never usher in success for them. The Afghans are not a people to kowtow to someone."

He denied that Afghanistan could become a haven for foreign militants seeking to attack the US and vowed that the Taliban only wanted independence under Islamic law.

© AP Photo / Allauddin Khan
US to Examine Taliban Video Purporting to Show American Hostage in Afghanistan
"We don't permit others to use the soil of Afghanistan against anyone," Akhundzada said. He also urged Taliban fighters to try to avoid civilian casualties.

The United States and its allies launched a military operation in Afghanistan in 2001 following the 9/11 terror attacks. The mission in Afghanistan ended on December 28, 2014. On January 1, 2015, NATO announced a new mission in the country, Resolute Support, to train and assist the Afghan security forces.

Afghanistan has been experiencing significant political, social and security-related instability for decades, as terrorist organizations, including Daesh and the Taliban, continue to stage attacks against civilian and military targets.

Armed Men Kidnap US Citizen in Afghanistan’s Capital of Kabul