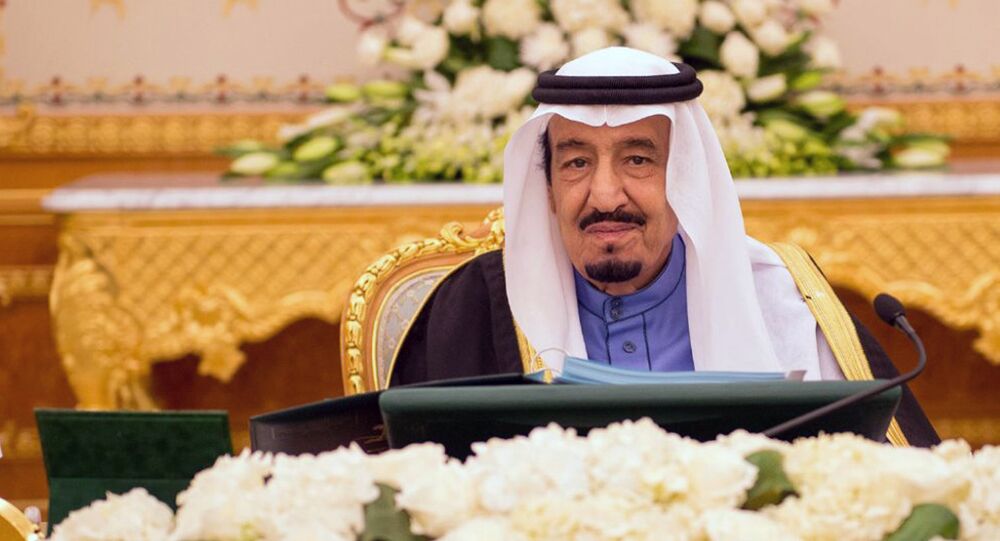 Saudi King Salman bin Abdulaziz said that the visit of US President Donald Trump to Saudi Arabia will contribute to the global security and development of the bilateral cooperation.

© AFP 2021 / STR
Saudi Arabia, US to Sign Major Contracts During Trump's Visit - Saudi Minister
DUBAI (Sputnik) – The visit of US President Donald Trump to Saudi Arabia will contribute to the global security and development of the bilateral cooperation, Saudi King Salman bin Abdulaziz said on Saturday.

"We welcome Trump to KSA [the Kingdom of Saudi Arabia]. Mr. President, your visit will strengthen our strategic cooperation, lead to global security and stability," King Salman wrote on Twitter.

Trump arrived in Riyadh on Saturday, making the capital the first stop on his five-city, nine-day tour. Saudi Arabia is the first country Trump visits as the President of the United States.

Shortly after the arrival, Trump was presented with the country’s highest national award, the Order of King Abdulaziz, in the royal Al-Yamamah Palace in Riyadh. The Saudi side explained at the ceremony that the award was granted to Trump "in appreciation of the historical close bonds between the Kingdom of Saudi Arabia and the United States" and in efforts to strengthen bilateral relations between the countries and "to enhance security, stability and peace in the region and the world."

During the visit, Trump is expected to hold bilateral talks with King Salman, as well as a meeting with the leaders of six Arabian monarchies of the Gulf Cooperation Council (Bahrain, Kuwait, Oman, Qatar, Saudi Arabia and the United Arab Emirates), and take part in the summit of the leaders of Arab and Muslim countries along with some 50 other heads of state or government.