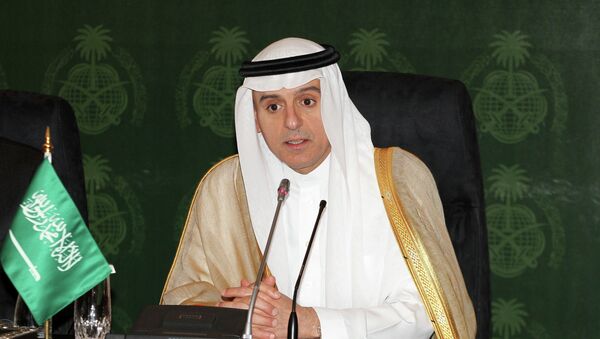 Saudi Arabia and the United States will sign a number of political agreements and major contracts during the upcoming visit of US President Donald Trump to Riyadh scheduled for May 20-21, Saudi Foreign Minister Adel Jubeir said Thursday.

Saudi Arabia Believes US Will Come to Help Riyadh Resolve its Issues in Mideast
DUBAI (Sputnik) — During the visit, Trump is expected to hold bilateral talks with King Salman bin Abdulaziz and to participate in the meeting of the six Gulf Cooperation Council (GCC) Arab monarchies.

"This top level meeting will have a positive effect, a number of political agreements and major contracts are expected to be signed," Jubeir said at a press conference.

According to Jubeir, Riyadh and Washington agree regarding the US leading role in the region, its methods of fighting against terrorism, resolving the Palestinian-Israeli conflict, the necessity to restrict Iran's involvement in regional affairs and other issues.