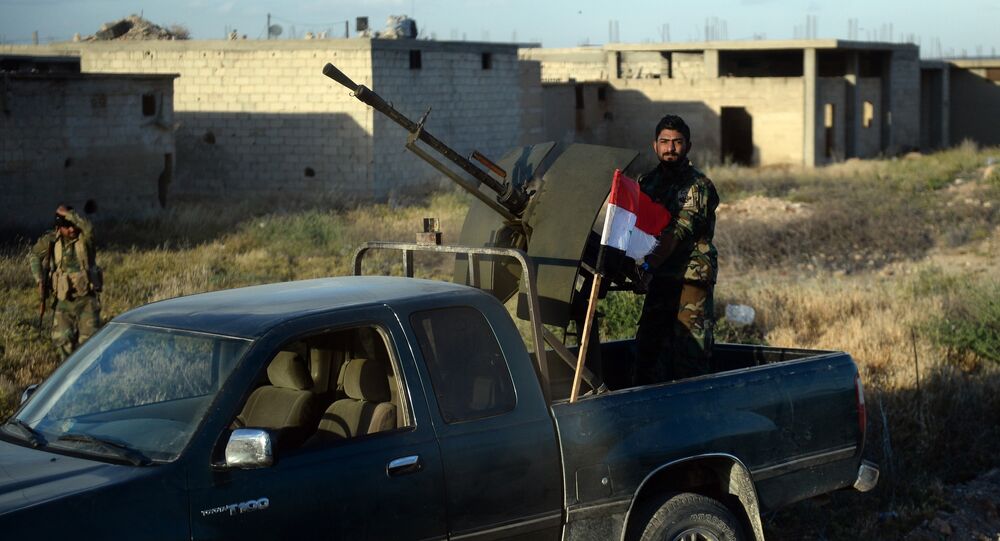 The village of Majdal in the north of Hama Province is one of the most important strategic sites that terrorists attacked in late March.

Recently, the Syrian Army managed to regain control over the village and is now clearing the liberated areas from explosive devices so that civilians who are now residing in neighboring villages can return back to their homes.

A military source told Sputnik Arabic that the village of Majdal is so important because there are strategic roads near it that link Hama with Masyaf and Mahrada.

© AP Photo / Alexander Kots
Nowhere to Hide: Tunnels Won't Save Terrorists in Hama From Syrian Artillery (VIDEO)
Hence, the army from the beginning of the operation in Hama, worked on liberating these villages, as their freedom was important for the entire region.

According to the military source, the Syrian infantry led an attack on the positions of militants after preliminary attacks were carried out by Syrian artillery and Russian aircraft.

Many snipers, positioned on the roofs of houses, were neutralized.

The Syrian Army is successfully fighting terrorists in the province of Hama. A large number of armored vehicles and tanks were destroyed during airstrikes and a portion confiscated by the army.

“The number of the settlements liberated since January 1, 2017, by the Syrian government's Armed Forces from the armed factions of the international terrorist organization Islamic State [Daesh] has grown to 225,” the ministry's  Center for Syrian reconciliation said Tuesday.