'We Are Shocked': Berlin Calls for Investigating Deadly US-Led Airstrike in Iraq

Berlin called for investigating the March 17 airstrike by the US-led coalition in Iraq which reportedly killed civilian casualties.

"We are shocked when such disasters occur. Of course this should be investigated, the goal for those who are united in this coalition is to avoid such tragic events in the future," ministry spokesman Stefen Seibert said. 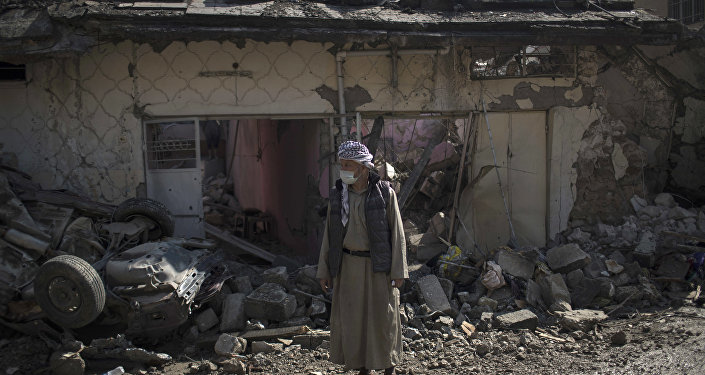 © AP Photo / Felipe Dana
Mosul Airstrikes: US Seeks to 'Shift Blame' for Civilian Casualties
Sputnik cited a representative of the Iraqi Turkmen Front as confirming following media reports last week the death of 200 civilians due to bombings carried out by coalition forces on Daesh positions in Mosul. It was unclear from multiple reports, however, whether the casualties were due to airstrikes or Iraqi ground forces fire.

Seibert reiterated Berlin's stance that Germany is part of the 68-member anti-Daesh coalition "in the broadest sense, that we consider this struggle to be right and necessary."

US Air Force Brig. Gen. Matthew Isler reportedly said the US military is conducting its own probe of the incident on Thursday. On Sunday, the coalition said the March 17 airstrike was carried out "at the request of the Iraqi Security Forces."

US Probes Civilian Deaths in Mosul Amid ‘Unprecedented Levels’ of Fighting

'Between the Devil and Deep Sea': Mosul Civilians Suffer From Coalition Strikes