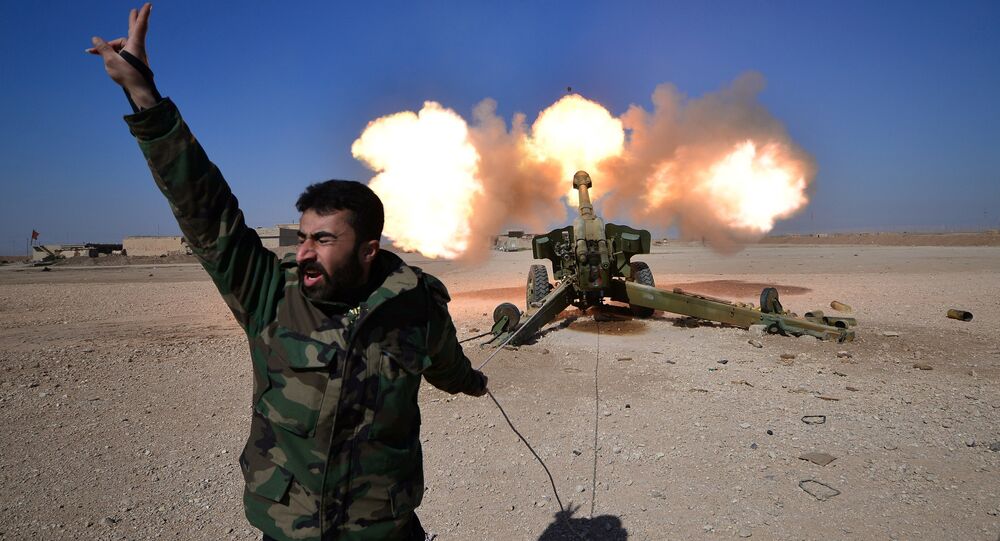 The US-led coalition could not confirm media reports about a Daesh chemical attack in Mosul.

WASHINGTON (Sputnik) — The US-led coalition has no information to confirm a chemical attack reportedly carried by the Daesh terror group in Iraq’s western Mosul on Wednesday, a spokesperson of the Operation Inherent Resolve told Sputnik.

"We have seen the reports, however we are unable to confirm the validity at this time," the spokesperson said on Thursday.

On Wednesday, Kurdistan24 reported that three civilians were wounded and transferred to hospital in Erbil after Daesh carried out a chemical attack on western Mosul.

Davis specified the samples have indicated the presence of sulfur mustard, but added that Daesh fighters also use chlorine.

The operation to liberate Mosul from Daesh terrorists, outlawed in many countries, including Russia, began on October 17, 2016. Iraqi troops have managed to advance in the eastern part of the city, but the western part — on the right bank of the Tigris River — remains under militant control.