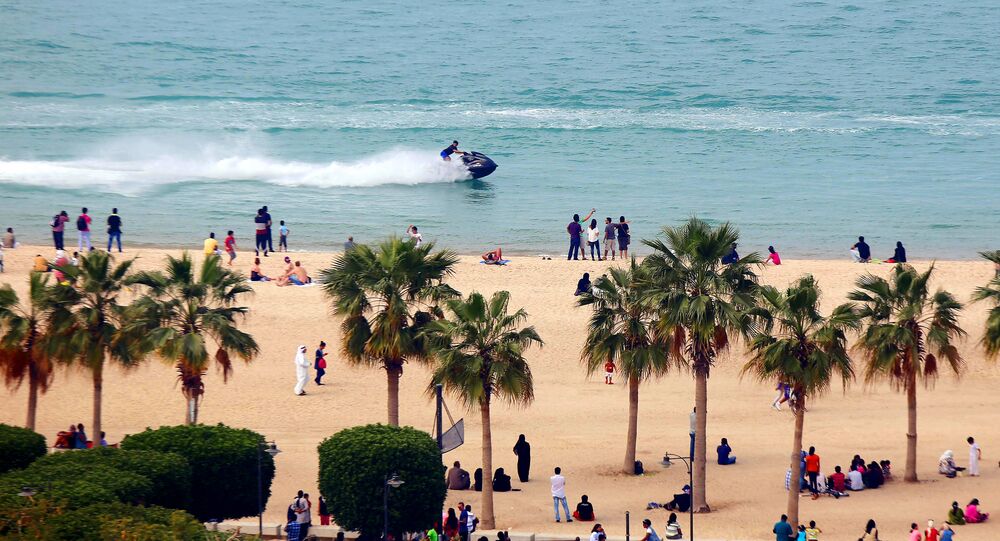 Kuwait has ripped a page from the playbook of US President Donald Trump by suspending the issuance of visas for travelers native to Syria, Iraq, Pakistan, Afghanistan and Iran.

Correction: the following news article proved to be untrue. As Ghulam Dastagir, Pakistan's ambassador in Kuwait said on Wednesday, this rumor first appeared in 2011. Mr. Dastagir clarified that Kuwait hasn't placed any visa ban on Pakistani nationals. No contrary statements have been issued by representatives of Syria, Iraq, Afghanistan or Iran.

Tourism, trade, and visitor visas from the nations have all been restricted, following an order from the Kuwaiti government to slap a "blanket ban" on possible migrants.

© AFP 2021 / YASSER AL-ZAYYAT
The Truth Laid Bare: Kuwait Debunks Visa Restriction Hoax
Observers have pointed out that most of the nations on Trump’s list have substantial Muslim populations and are experiencing some form of economic or military conflict. Alex Nowrasteh, of the Cato Institute, a right-leaning think tank, writes "foreigners from those seven nations have killed zero Americans in terrorist attacks on US soil between 1975 and the end of 2015." Nowrasteh opined that “the measures taken here will have virtually no effect on improving US national security.”

The Kuwaiti government has told would-be migrants to not apply for visas from the five banned nations, as Kuwait City is worried about the possible migration of radical Islamic terrorists. A group of militants bombed a Shia mosque in 2015, killing 27 Kuwaiti nationals. A 2016 survey conducted by Expat Insider ranked Kuwait one of the worst nations in the world for expatriates, primarily due to its strict cultural laws.

Kuwait was the only nation to prohibit the entry of Syrian nationals prior to Trump’s executive action. Kuwait City previously issued a suspension of visas for all Syrians in 2011.

As a member of the Gulf Cooperation Council (GCC), Kuwait has become embroiled in escalated tensions between the GCC and Iran. Washington has emerged as a guarantor of GCC security since the early 1990s, according to a Congressional Research Service brief. On Wednesday, Trump’s National Security Adviser, retired Gen. Michael Flynn, made a highly unusual appearance at a White House daily briefing in which he announced that the US is “officially putting Iran on notice,” but did not detail what the warning entailed.

Flynn cited a recent Houthi attack on a Saudi vessel and ballistic missile weapons testing as "Iran’s destabilizing behavior across the Middle East," adding that "these are just the latest of a series of incidents in the past six months in which Houthi forces that Iran has trained and armed have struck Emirati and Saudi vessels, and threatened US and allied vessels transiting the Red Sea."